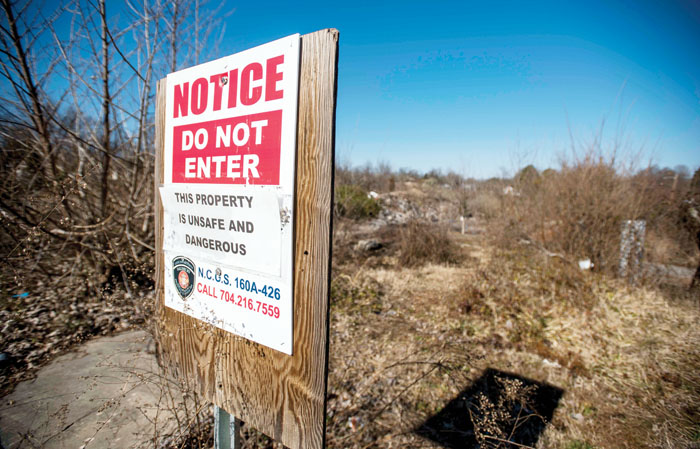 SALISBURY — After a closed session, the Salisbury City Council on Thursday agreed to take over the former site of Kesler Mill.

Owning the land will give the city the ability to apply for an Environmental Protection Agency grant to clean up the property, which reportedly has contaminated soil and large piles of debris with asbestos.

Mayor Al Heggins said the city wants to be better stewards of the area, and that’s why the council decided to go forward and accept the donated property.

On Monday, the city had a public meeting to discuss the former mill and also took comments on the cleanup project starting Jan. 22. Interim City Planner Brian Hiatt said the phone calls and the hearing about the cleanup grant were positive.

The grant application offers three alternatives for the cleanup.

The excavation and disposal alternative would remove contaminated soil to an off-site landfill and remove and dispose of debris. With this method, the exposure threat to residents is short and the site could be used for redevelopment. It would cost about $447,000.

Hiatt said the grant is geared toward a disposal alternative but the city could use money for the second option — site capping.

Site capping would cover the contaminated soil with 2 feet of clean soil, preventing direct contact. The option would cost about $146,124, with unknown long-term expenses and possibly preventing certain development.

The other option is simply to take no action.

The city could find out whether the EPA accepted the grant request in June, depending on how the recent government shutdown affected the agency. The EPA can grant as much as $500,000. The city can also reapply for a grant if the current application is turned down.

Meanwhile, the city will continue to have public input meetings to decide what option to pursue and, once the cleanup starts, what to use the property for in the future, Hiatt said.

There have been talks about a mixed-use residential development or a sports park.

Hiatt said there is great potential for the property located at 423 N. Martin Luther King Jr. Ave, because it’s close to Innes Street and Interstate 85.

One neighbor said she is ready for something to be done with the site, Hiatt said. She said those living in the area have been concerned about the health and safety of their children because kids would cut across the mill site before it was fenced off, according to Hiatt. Now the site is mostly enclosed with no-trespassing signs.

The former textile mill was demolished in 2009. An environmental assessment was done in 2015.

The city previously applied for an EPA grant to help with cleanup  in 2012 but was denied. The property was owned by FCS Urban Ministries, an Atlanta-based Christian charity.