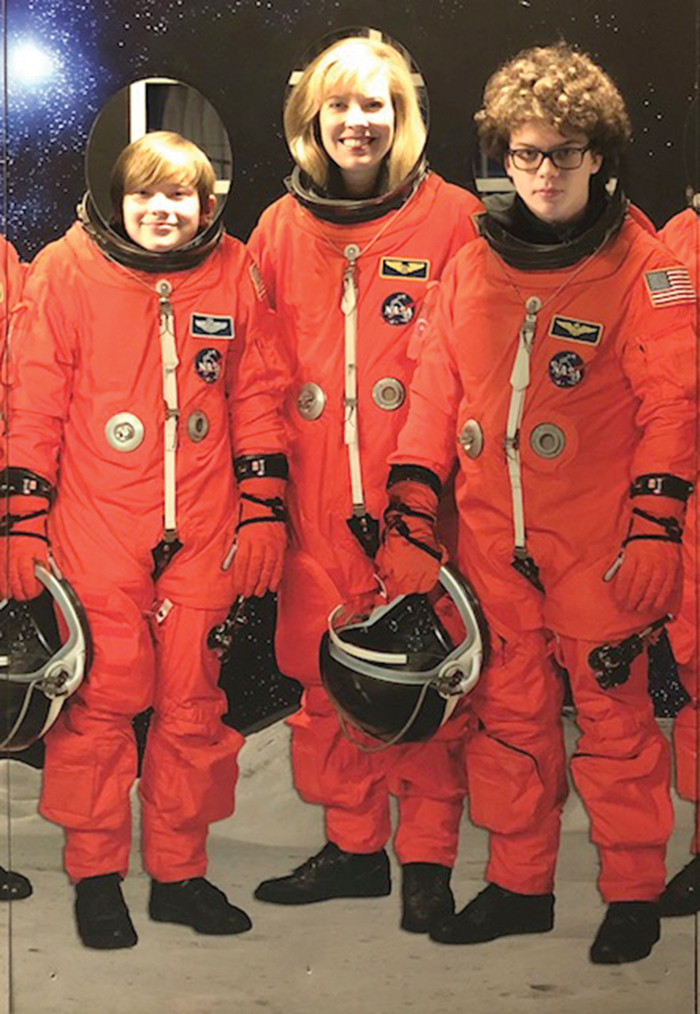 The family participated in simulated mission training and operations, rocket construction, a one-sixth gravity chair and multi-axis trainer and took classes discussing the past, present and future of space exploration.

The camps is held at the U.S. Space and Rocket Center at NASA’s Marshall Space Flight Center. This was the home of Wernher von Braun and the German rocket team that built the Saturn V moon rocket. Huntsville played a prominent role in putting man on the moon.

As part of the camp, George, Evan and their mother were able to sleep in the “habitats” similar to those of astronauts in training on the property of the Rocket and Space Center.

The weekend was aligned to national science and math standards and framed with an immersive experience amid a backdrop of mankind’s greatest technological achievement in space hardware.