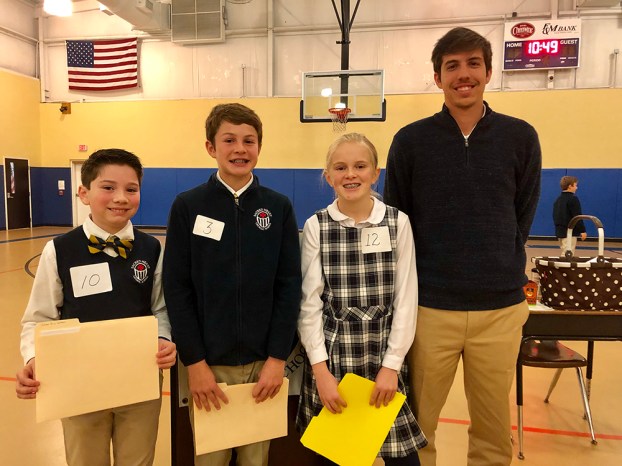 WORCESTER, Mass. — James Leone of Salisbury graduated with a bachelor of science degree in applied computer science from Becker College. Leone was one of 100 Becker students to graduate at the end of the fall semester.

James Seth Cauble made the fall 2018 Dean’s List at Belmont Abbey College with a 3.86 GPA.

CHICOPEE, Mass. – The College of Our Lady of the Elms has named Brandon Bennett of Salisbury to the Dean’s List for the fall semester. To qualify, a full-time student must earn a GPA of 3.5 or higher, without incompletes.

FAYETTEVILLE — Fayetteville State University has announced its Dean’s List for the fall semester.

To earn this distinction, students must complete at least 12 semester hours during one semester or two consecutive terms for Fort Bragg students, earn a GPA of 3.2 to 3.74, and have no incomplete grades.

The following students made the All-A Honor Roll:

The following students made the A/B Honor Roll: 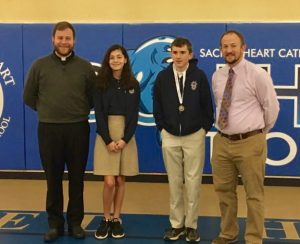 Eighth-grader Drew Hansen won the school’s spelling bee, with sixth-grader Logan Bryant coming in second and Lauren Childress in third. The top two winners will continue to the district spelling bee on Feb. 12.

Michelle Maher served as moderator, with Principal Tyler Kulp and Sacred Heart Catholic School alumnus Bobby Cardelle as judges. Cardelle was a five-time winner at Sacred Heart from fourth to eighth grade, making it to the state competition.
You Might Like

With shutdown over, food stamp benefits won’t come until March