Salisbury man charged with break-ins, in possession of pipe bomb 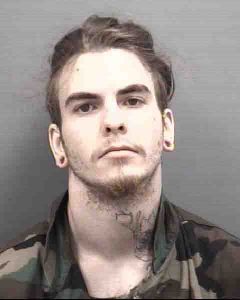 SALISBURY — A Salisbury man charged in a number of break-ins had a homemade pipe bomb inside his jacket when detectives searched him.

In January, detectives with the Rowan County Sheriff’s Office began investigating a break-in at Apple Baking Co. and at the Franklin Fire Department.

In their investigation of multiple larcenies and other break-ins in the area, detectives found $15,000 worth of stolen property at 180 Burmac Circle.

After a search of the home, David Boardman, 24, of 13020 Cool Springs Road, Cleveland, was charged on an outstanding warrant for felony possession of stolen property.

Investigators searched Boardman and found a homemade pipe bomb inside his jacket pocket. The pipe bomb was threaded on both sides with a fuse.

Boardman was charged with felony possession of stolen property and possession of a weapon of mass destruction. He was issued a $20,000 secure bond.

The investigation is ongoing and more arrests are expected, officials said.