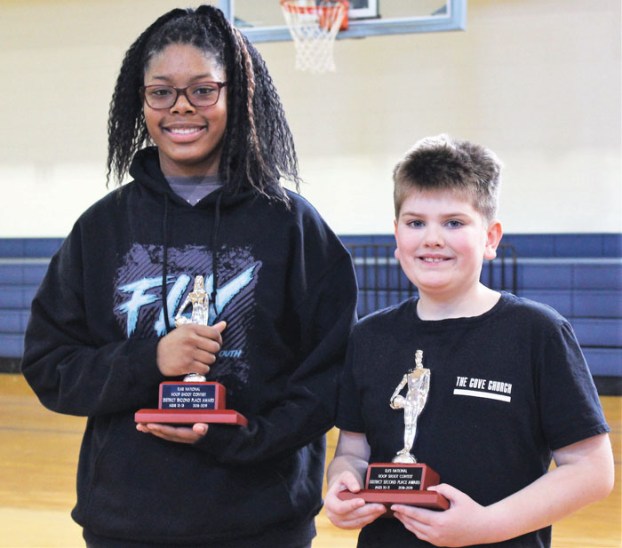 Two other local youth, Kaiden Dulkoski and James Brincefield, also participated, having won the local Salisbury Elks Lodge 699 contest on Jan. 13.
Elder, an 8th grader at North Rowan Middle School, sank 16-of-25 free throws but came up one basket short of forcing a shootout with the winner, Mary Beth Cook, of Mount Airy.
Elder won the silver trophy in the girls’ 10-11 division last year. She had hoped to win the girls’ 12-13 age group this year, and move on to the state contest.
“I was disappointed that I didn’t score more baskets,” said Elder, who had netted 20-of-25 free throws in the Rowan contest two weeks ago. “The good news is that I still have another year for the Elks Hoop Shoot. I plan to practice a lot and hope to win gold in 2020. It’s such a fun and great experience.”
This year was Brown’s first Hoop Shoot experience. Competing in the boys’ 10-11 division, Brown sank 18-of-20 free throws, two shots behind Mt. Airy’s Jax Whitaker.

Brown is a student at N.C. Connections Academy and wants to return and compete in 2020.
The district winners will compete in the state finals on March 9. The National
Hoop Shoot Championship takes place on April 27 in Chicago.