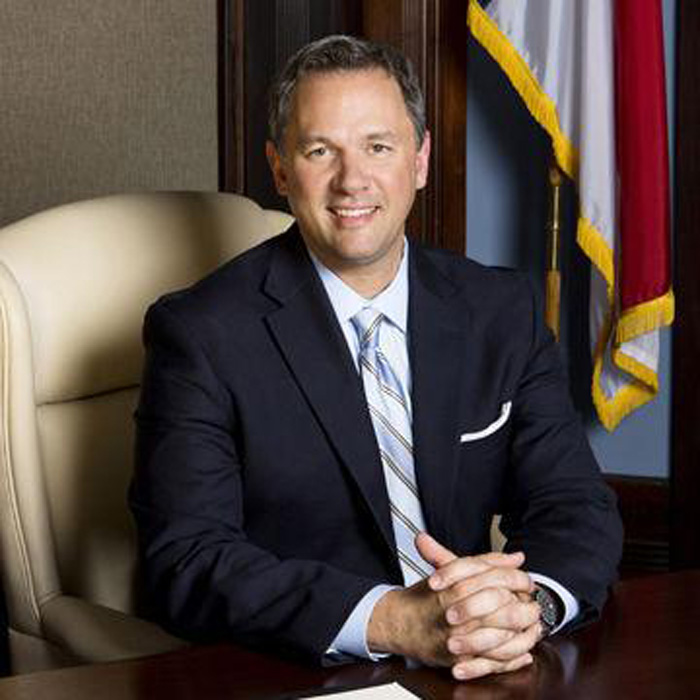 RALEIGH — Republican Lt. Gov. Dan Forest has taken another step — but not a surprising one — toward running for governor in 2020.

Forest announced Monday that he has formed an exploratory committee to seek the GOP nomination, releasing a brief video in which he talks about building a better North Carolina.

There’s been little doubt since the former architect was first elected in 2012 that he would run. Every lieutenant governor in North Carolina in the last 50 years has tried to move up the executive branch ladder. Democratic Gov. Roy Cooper is already amassing money for a re-election bid.

Forest, 51, also has been raising campaign funds, but now he’s simply filing a document with the state elections board making clear that money would go for a potential governor’s run, a campaign spokesman said.

Forest’s video begins with footage of confrontations between protesters and police and between black and white men arguing on the street.

“When our culture values division over unity … when incivility replaces common decency, it’s time to change,” Forest says in the video. “There is another way, a way that begins with seeing the intrinsic value and worth of each of our people, a way that is decent and good and civil.”

The state Democratic Party criticized Forest in a news release, arguing that he’s the one promoting division, citing in part his support for the state’s now partially repealed “bathroom bill.”

Cooper has outraised Forest over the past two years. Campaign finance reports due last week show Cooper’s committee had nearly $1.8 million in the bank as of Dec. 31 after raising $2.8 million since early 2017. Forest’s committee reported raising $1.3 million and having $588,000 in cash on hand, according to his report.

Cooper is expected to attend a re-election fundraiser Thursday at a New York home, according to a copy of the invitation provided by a Cooper campaign aide.

Both men have been raising money for other political purposes. Cooper’s political consultant said the governor raised more than $7 million for the state Democratic Party to help legislative candidates in the 2018 election. While Republicans still control both chambers in the General Assembly, Democrats ended the GOP’s veto-proof majorities with legislative victories last November.

Forest leads a political committee helping him and other Republican Council of State members. That committee has raised $1.6 million, a campaign report says.

It’s unclear if either candidate will face significant primary challenges in March 2020. Former Gov. Pat McCrory, a Republican who narrowly lost to Cooper in 2016, said earlier this month he would evaluate potential bids for governor next year and for the U.S. Senate in 2022.

Candidate filing for 2020 begins in December.