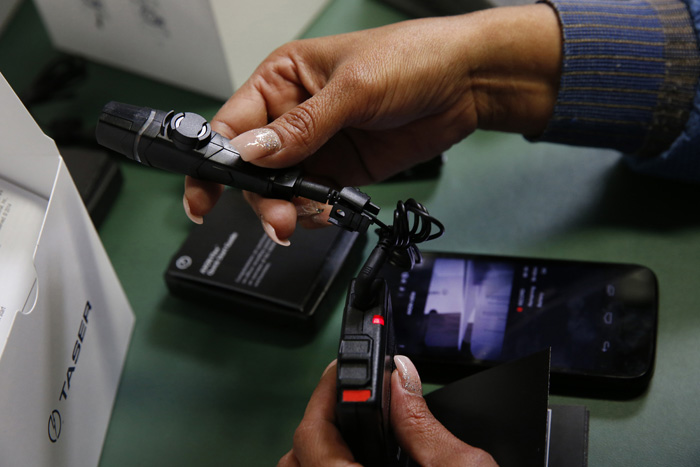 When East Dundee, a tiny suburb of Chicago, ordered body cameras for its 17 police officers, Terry Mee, the police chief at the time, told local reporters the devices would promote “officer safety” and “positive interaction with the public.”

But before a single incident could be recorded in the village of 3,000 people, Mee retired, and the new chief, George Carpenter, persuaded the Village Board in February to cancel the program, arguing that the $20,000 annual fee for the cameras and video storage couldn’t be justified amid budget concerns.

In recent years, after a spate of fatal police shootings sparked nationwide protests, politicians and community activists seized on police body cameras as a way to restore public trust. Although the cameras were widely adopted, many departments — especially in smaller jurisdictions — are dropping or delaying their programs, finding it too expensive to store and manage the thousands of hours of footage.

The police department in Wahoo, Nebraska, ended its program in November after a new state law required video to be stored for at least 90 days, causing the annual price to spike to $15,000 — a big cost for a force of five officers. In Arlington County, Virginia, the Police Department decided not to use body cameras after a pilot project revealed an estimated annual cost of $300,000.

And city officials in Madison, Wisconsin, in November rejected a proposal to spend $104,000 on a body-camera pilot program. While cost was the primary concern, activists and city officials also worried that the videos might be turned over to federal immigration officials and used against undocumented immigrants in the community.

Most departments that have ended body-camera programs are in smaller jurisdictions. Axon, a body-camera manufacturer, said every one of its clients that has canceled contracts cited costs.

“The easy part is buying the body cameras and issuing them to the officers. They are not that expensive,” said Jim Pasco, executive director at the National Fraternal Order of Police. “But storing all the data that they collect — that cost is extraordinary. The smaller the department, the tougher it tends to be for them.”

Though urban areas with high crime rates are often viewed as having the greatest need for police body cameras, a Washington Post database that tracks fatal shootings by police shows that such occurrences are more statistically prevalent in small communities. Of the 1,800 departments that have reported a fatal police shooting since 2015, nearly 1,300 were departments with 50 or fewer officers.

About half of the nation’s 18,000 law enforcement agencies have some type of body-camera program, with many still in the pilot stage. Some outfit patrol officers with the cameras, while others require everyone to wear a camera, including police chiefs. No government agency or industry group tracks the number of departments that have ended their body-camera programs.

Costs have spiked in recent years in some regions of the country because of new state laws that require long-term storage of video footage. One of the first police agencies to stop using body cameras was in Jeffersonville, Indiana, where police ended a year-old program in 2016 after state lawmakers voted to require storing the videos for at least 190 days.

At the time, at least seven other states had similar storage laws, according to the National Conference of State Legislatures. Now, at least 14 states have passed laws that set storage requirements.

In 2016, the U.S. Justice Department surveyed police departments that had not yet begun using body cameras, seeking to identify possible deterrents to the programs. Seventy-seven percent cited costs, including for data storage. Thirty-nine percent cited privacy concerns, including times when domestic violence victims and the mentally ill are captured on video during police response calls.

The Bureau of Justice Assistance, a division within the Justice Department, offers grants to help agencies finance their programs, and 339 grants worth nearly $70 million have been awarded since 2015.

But the grants cover the initial equipment purchase, not ongoing storage fees. Justice Department officials said the grants are meant to “foster novel and innovative practices” that become “self-sustaining.”

In Virginia, Fairfax County Police Chief Edwin Roessler said he held off on buying body cameras as he watched his peers experiment with the programs. He was worried about the cost of storage and the time and expense of processing public information requests for the footage, because the videos must be reviewed — and often edited — to protect the privacy of people captured in the recordings.

Roessler also wanted time to establish clear policies for how officers would be held to account if body-camera footage captured misconduct.

“My peers said, ‘Wow. I didn’t think of these things,'” Roessler said. “You have to have a policy to hold people accountable. If you don’t do that, the program fails. … If you aren’t going to release footage, you aren’t building trust.”

Roessler said that his department — the largest in Virginia — recently completed a 180-day pilot program and that American University researchers are now assessing it, including the costs.

Prosecutors, too, are struggling to keep up with the added workload and cost of body-camera footage. In Wayne County, Michigan, a jurisdiction that includes Detroit, prosecutors were hit with $2.5 million in unexpected personnel costs — nearly an 8 percent increase in their annual budget — for work associated with preparing videos to be presented as evidence at trial.

Virginia Beach Commonwealth’s Attorney Colin Stolle said video evidence has increased costs for his office by more than $1 million a year, a significant impact on a $10 million annual budget. Stolle is adding 14 employees — lawyers, paralegals and clerks — to a 93-member staff to handle the heavier workload.

“A lot of police departments, from a transparency standpoint and from a liability standpoint, went out and purchased body cameras. I certainly understand that,” Stolle said. “What was not part of the conversation is what will be done with all the recorded evidence when it’s used in a criminal case.”

Stolle said he’s also worried about the effect on court-appointed defense attorneys, who are typically paid $250 per case in Virginia, a fee schedule based on the assumption that it takes about three days for an attorney to prepare a case.

But reviewing video evidence has bumped the average case preparation time to a week or more, Stolle said, and he’s afraid the shift will cause local lawyers to opt out of the program, which provides legal representation to people who can’t afford it.

Virginia legislators created a group to examine the rising costs, estimating in December that prosecutors’ offices across the state collectively would need to hire 101 assistant commonwealth’s attorneys and 57 paralegal and administrative positions to keep up with the extra work. These conclusions are based on the group’s findings that an extra position needs to be added for every 75 body cameras, at a total cost of about $6.4 million a year.

Britt Weaver, of Empire Hotel, to be featured at…