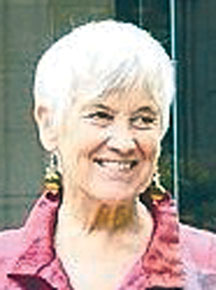 In Eugene H. Peterson’s The Message, one of David’s Psalms has David saying to God Himself, “You’ve opened my ears so I can listen.”
What a glorious gift!
Sitting in a packed theater, among an audience of all ages — orchestra down front at the ready — happy anticipation seemed to flutter throughout. My friend and I were definitely contributing to that anticipation. We’d been looking forward for weeks to attend together an annual performance of the Nutcracker ballet. And since the ballet troupe would include a number of children, so the audience included all types of family members, from 4 years up. Delightfully adding to the festivity.
Seated fairly close to the stage in the orchestra section, our row was nearly level with the one directly in front of us. Well before the music began I realized that the woman in front of me, with two young quiet children, sat very tall. To watch the ballet, I’d have to move back and forth. Then a fairly large and gregarious individual suddenly filled the seat to my left, immediately taking over the arm rest.
And during the first act, in order to see all the dancing shifting back and forth was my only option — particularly as the woman in front of me swayed side to side as well. Feeling, that in addition to getting a stiff neck, I was no doubt annoying the man behind me, I became a bit obsessed with the predicament which felt worse by the minute.
I did wonder: How rude would it be if I asked her to slouch … or maybe trade places with one of the children?
Then so quietly I almost missed it, came the realization that I knew a better way. A kinder more intelligent way. A purer way. Without fuss. Then, almost inaudible, came the gentle message: “I have this in hand. But don’t you try to figure out how it ought to be done.” I knew that was God speaking to me — making me still enough to listen.
And beautifully, totally at peace, I stopped fussing. I felt cleansed, which seemed so natural … not sure how else to say it.
During intermission my mate and I enjoyed chatting about the ballet so far and lightly joking about my predicament. I was able to apologize to the gracious man behind me. At some point I noticed that the person seated to my left was now standing in the side aisle deep in conversation.
Yet all the while the words sang in my heart: I have it in hand but don’t you try to figure out how it ought to be done. And I didn’t.
The second act began, the woman still sat tall and swayed. But the seat to my left remained vacant. As a result, I was able to lean far to my left. Elbow on the raised cushioned seat, still as a mouse, exulting in the music and the dancers. Feeling the calm of God’s love filling me and the audience. Grateful silent hallelujahs. No one annoyed. No one offended.
So much more than a peaceful second act has been the reminder that God has all details desires in hand. Just don’t waste yourself wondering how any issue will be solved, any relationship saved.
God is ocean cleansing … all oceans.
Patti Kadick lives in Salisbury. Read more at aroundabovebeneath.com