Ivy’s pretty, but can cause problems 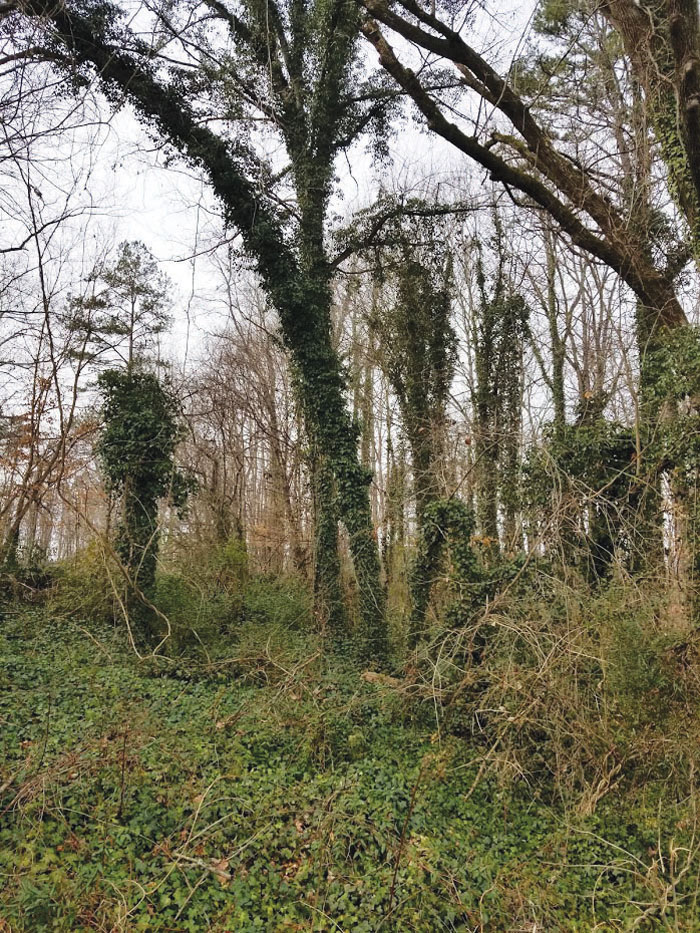 English ivy is often used as an ornamental ground cover in Rowan County landscapes in areas where shade from trees prohibits growth of grass or on steep hillsides.

The bad news is, left unchecked, English ivy can completely engulf trees, becoming unsightly and potentially causing shade tree decline when the vines interfere with sunlight to the tree foliage.

The invasive plant is very apparent during the winter months on deciduous trees.

Physical removal is the most effective control measure, utilizing a sharp pair of pruners or loppers to cut large feeder vines at a reasonable height. The upper portion of the vines eventually die and will look unsightly for a few months.

The fresh stumps from the cuts should immediately be painted with full strength brush killer or glyphosate (Roundup). The herbicide translocates through the vascular system into the root system to control the vine growth.

English ivy also cannot tolerate constant mowing. If it is possible for the vine to be mowed, it can be controlled with a lawn mower.

English ivy is best controlled with applications of glyphosate (Roundup) in early spring when growth begins. Studies have shown that late summer and fall applications were virtually ineffective.