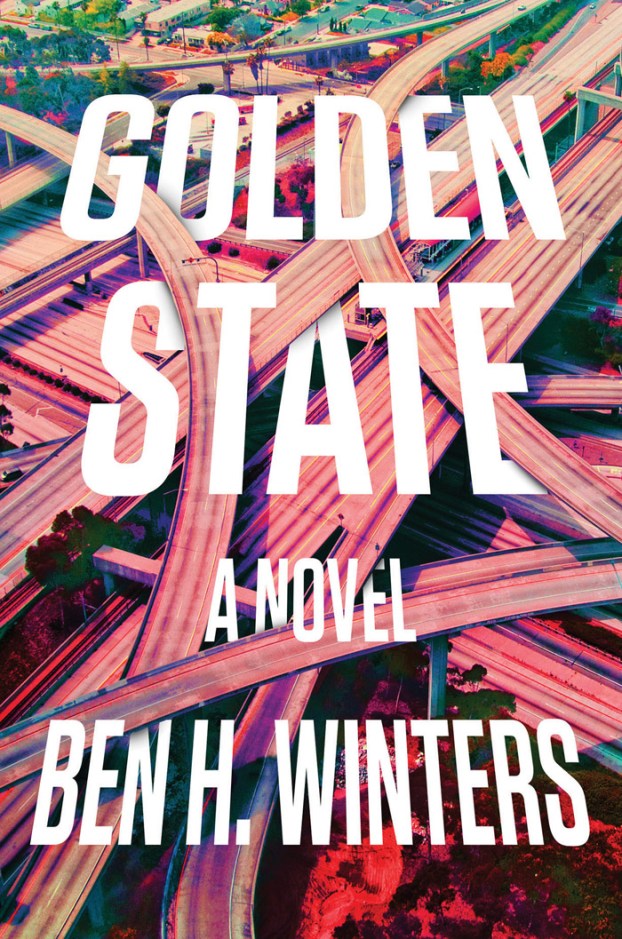 Imagine a country so traumatized by deception, lies and gaslighting that it opts to prioritize facts and truth-telling above all else.

Here’s what your life would be like: Ubiquitous video cameras would capture your every word and action and feed them into a permanent record of all that is “Objectively So.”

Like every other citizen, you would keep a detailed account of your life, gathering diary pages, receipts and annotated conversations, and sealing them in a Mylar bag each night. If there’s ever a question about what happened on a given day, this archive can be accessed to determine the truth.

If you were found to have lied or fabricated any fact in the record, you could face imprisonment or even exile. And in accordance with the national ethos, all fictional storytelling — on the page, the stage or the screen — is outlawed. No novels, movies, plays or internet. Would this be a paradise or a hell for you?

Ben H. Winters’ new novel “Golden State” unfolds in such a place, an alternate-future California where “the preservation of reality’s integrity is the paramount duty of the good citizenry and of the government alike.”

The novel’s narrator, Laszlo Ratesic, is a member of the state’s Speculative Service, the law-enforcement body charged with ferreting out lies and liars and with sorting “accidental infelicities” from “purposeful misrepresentations.”

Like other members of the service, Laszlo has a sixth sense for mendacity. It produces a physical reaction in him, like an allergy. Laszlo is an amiable bear of a man, a 19-year veteran of the service, 54 years old, bearded, overweight and recently divorced — in short, your typical, jaded, detective-fiction detective. Oh, and he has a backstory. Laszlo lives and works in the shadow of his brother Charlie, a legendary serviceman who died mysteriously in the line of duty.

At the novel’s outset, Laszlo is asked to mentor a promising rookie named Aysa Paige. She’s his antithesis: slim, young, energetic and idealistic. This odd couple is dispatched to investigate a seemingly simple case, a roofer who has fallen to his death while on the job.

But anomalies soon start piling up. The house belongs to a judge. The roofer was there outside normal working hours. Video surveillance suggests he might have been spying. Was the judge hiding something? Was the roofer bumped off?

Laszlo and Aysa follow these leads deeper and deeper into the legal and bureaucratic infrastructure of the Golden State until they run smack into the powerful elite who run the country. Their investigation forces Laszlo to confront his own complicity in the maintenance of this totalitarian system.

Winters has a knack for creating appealing detective fictions that skew reality in thought-provoking ways, producing a hybrid of the familiar and the uncanny.

His Last Policeman Trilogy took place in New Hampshire in the months preceding Earth’s collision with an asteroid. At their best, these novels approach the mind-expanding counterfactuals and dystopias created by Philip K. Dick, George Orwell and Michael Chabon. As you read them, you feel your perception of the world slipping and warping.

For the first two-thirds of “Golden State,” Winters pulls it off again. He brilliantly imagines the quotidian manifestations of a truth-obsessed culture. When two people meet, they exchange facts as a greeting: “Ten is half of twenty.” “But it’s twice five.” For entertainment, people watch televised streams of “Old Men Walking Dogs” or “Slipping on Sidewalk Cracks.” The only “novels” anyone reads in the Golden State are factual accounts of true events.

However, the last third of “Golden State” fails to deliver on the promise of its first two hundred pages. When Laszlo finally penetrates the corrupt reality behind the Golden State’s fact-based facade, what he and the reader discover is a scenario distressingly familiar from dozens of other science fiction books and films. Instead of a cathartic redemption, Laszlo achieves only a meek escape.

One of the pivotal moments in “Golden State” describes Laszlo reading a work of fiction for the first time: “The book settles down over me, it becomes reality as I read it … when I look up it is like the reality of my room is less real than the reality inside the book.” How I wish that all of Winters’ novel had produced that effect in me.

Lynna Clark My hubby had a motorcycle for a while and was wise enough to take a safety class at... read more