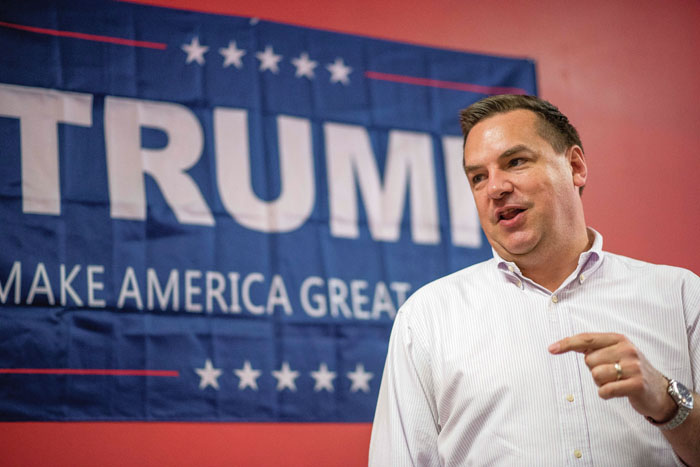 Rep. Richard Hudson, a Republican who represents the 8th Congressional District, is putting our military and active duty service members at risk.

As the Representative for Fort Bragg, the largest population military base in the country, Hudson has considerable influence over military appropriations, and as an entrenched Republican congressman, he has influence over the president, who is inexperienced in military affairs. However, as David Watson wrote in a letter to Concord’s Independent Tribune, Hudson “remains partisan while seeking bipartisanship.” Hudson has refused to meet with House Speaker Nancy Pelosi or President Donald Trump to voice his concerns over using military dollars, currently reserved for future projects, to build a concrete wall on the southern border — something President Trump has alluded to doing and has the power to do by declaring a national emergency under section 2808 of the U.S. Code.

Democrats voted to open the government nine times already, with no strings attached. They proved that they’re willing to negotiate on the appropriate solutions to border security and the flow of heroin and fentanyl into the US, but the answers to combating these huge issues require much more than throwing billions of dollars at a wall.

We should not squander our children’s future and leave them a huge burden of debt just because we think a wall could work.

We owe it to our children to think before acting and to figure out the best solution to get drugs and crime out of our communities; and we can do it without holding federal employees hostage.

In 2014, Hudson met with now-House Speaker Nancy Pelosi to make a bet on a playoff game between the Carolina Panthers and San Francisco 49ers. Funding our military and paying our federal employees are more important than a football game, and I hope Hudson would agree. It’s playoff season, not standoff season, and it’s time for Hudson to stop punting and start negotiating.