Man climbs through Taco Bell window during fight with girlfriend 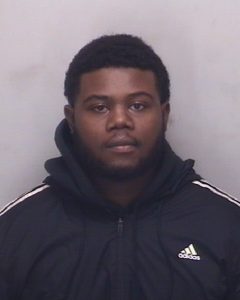 SALISBURY — A Salisbury man faces assault charges after he climbed through a Taco Bell drive-through window during a fight with his girlfriend.

The Salisbury Police Department charged Ondre Santel Cox, 21, of the 400 block of East Cemetery Street, with misdemeanor assault on a female and two counts misdemeanor injury to personal property.

According to a police report, the two had argued earlier Friday. Cox went to Taco Bell, where the woman works, and banged on the window in an attempt to get her cellphone. Police said the girlfriend would not give Cox her phone so he climbed through the window and tried to pull her through it.

Cox got the phone and damaged it, police said.

Someone called the police, and officers viewed security footage of the incident. Cox was arrested at his home.

Cox was held in the Rowan County Detention Center under a $500 secured bond.

Cox was convicted in 2014 on misdemeanor charges of simple assault and larceny.

Rowan weather: Clear but not warm

The forecast through Monday is pretty simple, then it looks like rain moves in Tuesday. Today we’re starting out in... read more