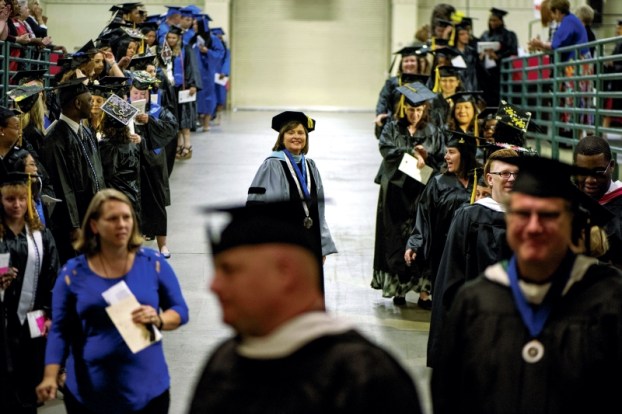 SALISBURY — Members of the Rowan-Cabarrus Community College staff and board of trustees say that, in 10 years, President Carol Spalding has taken the institution to the next level.

Under her leadership, the college has seen continued growth in enrollment, several million dollars in capital improvements and an increasing network of collaborative partners with a focus on student success, said Sarah Walker, the college’s director of public information.

Now, Spalding’s being honored for her efforts. She has been named 2019 President of the Year by the North Carolina State Board of Community Colleges. She’s the first leader in Rowan-Cabarrus’ history to receive the honor.

“My fellow trustees and I are delighted that the State Board of Community Colleges has recognized Dr. Spalding for her visionary leadership,” board of trustees Chairman Carl M. Short said in a news release. “Dr. Spalding’s leadership has taken Rowan-Cabarrus Community College to new heights of excellence by embracing innovation and fostering strong partnerships.”

Short nominated Spalding for the award. 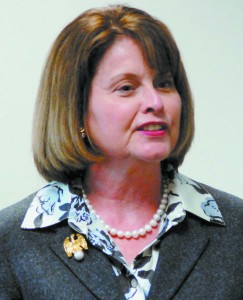 Spalding said strides seen by the college were the result of a “whole lot of hard work.”

“We are continually looking at how we can position this region for prosperity in the future,” she said. “What that means are high-paying jobs.”

Faculty members have been working to raise the educational aspirations of the region, she said.

“People are thinking too small. Their dreams are not big enough for their capability,” Spalding said.

The college president is one to talk about the pursuit of big aspirations. Spalding’s dreams for Rowan-Cabarrus began when she arrived at the college in 2008 from Florida.

She came from a campus that was “electronic,” a leader in the online education area.

“Florida schools are better funded than North Carolina schools. They have a different funding stream; the whole thing is different,” Spalding said. “When I got here, I was surprised at the conditions of the buildings that were here. They were old, they were not well maintained and there was no technology at all.”

So she hit the ground running — she explored North Carolina’s other 58 community college campuses. She found the missing link with the Central Piedmont system. Its success was “county centric,” she said.

“You had to build the relationships with the counties to even make the college a priority,” she said. “And people were afraid to ask for support for community colleges … because the community didn’t have the money.”

But Spalding says she saw a need that outmeasured hesitation — not only were the college’s buildings in disrepair, they were barely meeting standards of the Americans With Disabilities Act. 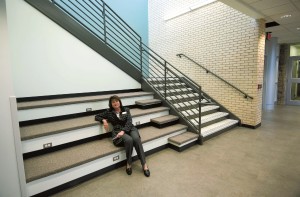 Rowan-Cabarrus Community College President Carol Spalding in2016 sits in an area near the atrium space of Building 600. In 2016, RCCC had recently finished up a construction project to upgrade several of the oldest buildings on the North Campus in Salisbury. Jon C. Lakey/Salisbury Post file photo

When she approached the Rowan County Board of Commissioners with a $3 million request for ADA upfitting, she was told the college would need to pursue a bond.

“I thought, ‘Shoot, if we’re going to run a bond issue, we need to have much more than just this,'” she said.

She’s done more to pursue partnerships and funding sources for the betterment of Rowan-Cabarrus’s expanding campuses. In 10 years, she’s secured over $1 million in technology upgrades from the Cannon Foundation. She’s implemented the school’s first major gifts campaign, reaching 114 percent of an $8 million goal.

Financial gains have seen continued expansion of the college’s programs and facilities. Recent accomplishments include three new health-related programs, a thriving online program and an an advanced technology center that will be opening this summer.

“Dr. Spalding has done a lot of work to revitalize our foundation,” said Walker. “Part of that is helping the community believe in the college, in how we can help the community move forward.” 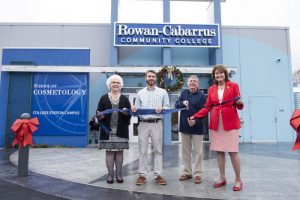 Spalding said the key has been convincing Rowan and Cabarrus that education was an investment. And if moving an institution was hard, moving a region was harder.

“The region’s got to want to move,” she said. “I think if they know there’s something better out there, then that will keep them motivated.”

The President of the Year Award was established by the State Board of Community Colleges in 2001. It “encourages, identifies, and rewards outstanding leadership and commitment to the community college mission” among the presidents of the 58 institutions of the North Carolina Community College System.

SALISBURY — A smoldering fire in a pipe chase was extinguished at the former Cone Mills building just before noon Friday.... read more