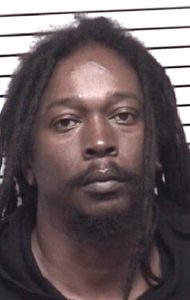 STATESVILLE — A Cleveland man was charged with felony drug possession after he was found Thursday with cocaine and marijuana at a Statesville motel, authorities said.

The Iredell County Sheriff’s Office charged Charles Richard Summers Jr., 37, of the 200 block of Keaton Road, Cleveland, with felony possession with intent to sell or deliver cocaine; felony maintaining a dwelling to sell controlled substances; and misdemeanor possession of marijuana.

According to Sheriff Darren Campbell, Summers was arrested after an investigation into narcotics sales at Room 207 of Brookwood Inn, 1505 E. Broad St.

Undercover investigators set up surveillance at the motel and quickly identified Summers. Undercover purchases of crack cocaine were made in the motel room, authorities said.

Investigators found 14.2 grams of crack cocaine worth $5,600, 7 grams of marijuana, and drug paraphernalia that included digital scales and cigar wrappers. In addition, a large sum of money was found in the room.

Summers was taken to the Iredell County Detention Center and given a $25,000 secured bond.

Summers has previous convictions for felony possession of cocaine; felony maintaining a vehicle or dwelling to sell a controlled substance; misdemeanor breaking and entering; driving while impaired Level 3; misdemeanor possession of drug paraphernalia; misdemeanor assault on a female; and misdemeanor resisting an officer.

Group picks Jiggy With the Piggy as a top event

ATLANTA — The Southeast Tourism Society has named Kannapolis’ Jiggy With a Piggy Festival one of its Top 20 events... read more