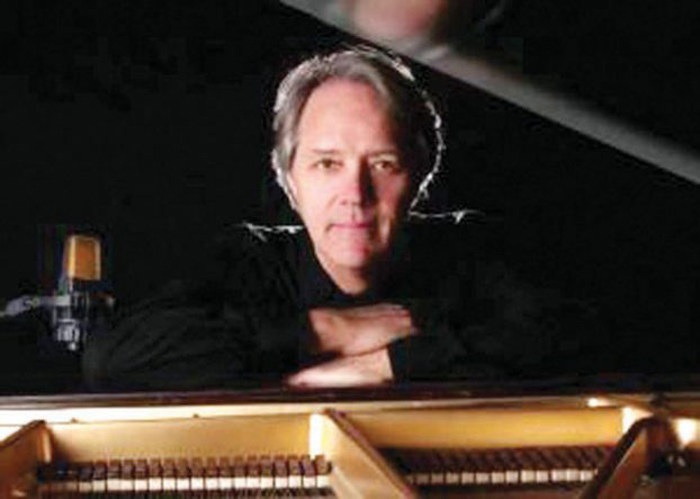 For the second year in a row, composer, pianist and vocalist Marc Hoffman of Salisbury will accompany a celebration of silent films Feb. 2 at the Esmeralda Inn in Chimney Rock.

The following evening, Hoffman will provide live piano accompaniment for silent films at the Grail Moviehouse in Asheville.

Frank Thompson, an authority on silent filmmaking in North Carolina, will introduce the films and answer audience questions at both screenings.

The mountain community of Bat Cave was central to silent filmmaking in North Carolina because of its beautiful backdrops. Crews who shot more than 50 silent films from 1912 into the mid-1920s in this isolated area stayed at the nearby Esmeralda Inn.

Excerpts from four rare films (with Hoffman’s accompaniment) will be shown at the Esmeralda the night of Feb. 2 in a program again titled “Bat Cave’s Silent Movie Era.”

“We are grateful to the Eye Film Institute in the Netherlands and the Library of Congress for making possible this program of incredibly rare films made between 1913 and 1924,” Thompson said.

In doing this for the first time last year, Hoffman wrote his own motifs and themes for the movies’ main characters, developed palettes of sound for different moods, and devised charts, chords and words to help guide what often has to be his improvisation during each movie.

During the silent film era, according to Thompson’s research, nearly 400 films were produced in North Carolina in places that included Asheville, Charlotte, Wilmington and Durham, “but the hotbed of North Carolina silent movies was Bat Cave.”

The program at the Esmeralda Inn starts at 7:30 p.m. For people who wish to attend without staying at the inn, the cost is $20 per person.

A $45-per-person package is available that includes $20 for the presentation and a $25 credit toward dinner in the Esmeralda Inn’s restaurant. for more information, contact the Esmeralda Inn at info@theesmeralda.com or 828-625-2999.

Hoffman and Thompson will be at the “Silent Sundays” Feb. 3 screening at the Grail Moviehouse, 45 S. French Broad Ave., Suite 130, beginning at 7 p.m. Tickets can be purchased at ticketing.us.veezi.com.

Hoffman’s original jazz and concert works have been performed live and on radio across the United States and in the United Kingdom, France, Canada and the Netherlands. His most recent CD, “Late September,” is available on most online sites.

Hoffman is founder and artistic director of the Salisbury School of Music. He received a degree in composition from the N.C. School of the Arts and studied film composition at the University of Southern California.

Hoffman also attended the Dartington International Summer School of Music in Devon, England. He performs across the United States and abroad as a soloist or with his trio, and he’s a member of BMI and the American Composers Forum.

He lives in Salisbury with his wife, Anne, and their daughter, August