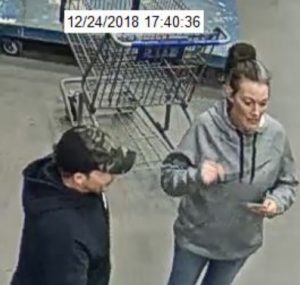 Rowan detectives are trying to identify this woman as part of an identity theft investigation. Submitted photo 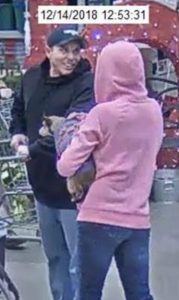 Rowan detectives are trying to identify this man as part of an identity theft investigation. Submitted photo

SALISBURY — The Rowan County Sheriff’s Office needs help to identify a couple who they say stole a debit/credit card and made multiple purchases in the Salisbury area.

Earlier this month, Rowan detectives began investigating a series of fraudulent transactions that occurred throughout October, November and December 2018. Throughout the course of the investigation, detectives discovered a male and female who have bought items at the Rowan County Flea Market, Dick’s Sporting Goods, Lowe’s, several Food Lion grocery stores and several local gas stations.

Detectives obtained photos from security cameras from the Lowe’s in Salisbury. Both suspects have frequented Salisbury since October 2018. They were last seen operating a black Kia passenger car.

Tips may be submitted online: http://tips.salisburyrowancrimestoppers.org/

SALISBURY — A Rowan County Sheriff’s Office dog sniffed out $50,000 worth of cocaine and other drugs hidden in a... read more