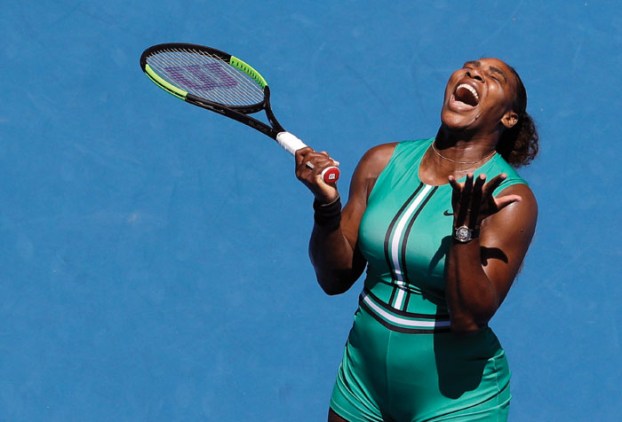 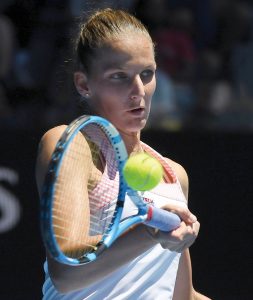 MELBOURNE, Australia (AP) — Serena Williams was one point — just one — from quite a comeback victory in the Australian Open quarterfinals when she turned her left ankle.

Everything unraveled from there.

In a startling reversal and result, Williams wasted four match points along the way to dropping the last six games of a 6-4, 4-6, 7-5 loss to No. 7 seed Karolina Pliskova of the Czech Republic at Melbourne Park on Wednesday.

“I was almost in the locker room,” said Pliskova, who trailed 5-1 in the third set, “but now I’m standing here as the winner.”

So instead of Williams moving closer to an eighth championship at the Australian Open and record-tying 24th Grand Slam title overall, it is Pliskova who will continue her pursuit of her first major trophy.

In the semifinals, Pliskova will face No. 4-seeded Naomi Osaka, who advanced by beating No. 6 Elina Svitolina 6-4, 6-1 earlier Wednesday.

Williams’ surprising loss scuttled a much-anticipated rematch after her loss to Osaka in the chaotic U.S. Open final last September.

The 37-year-old American’s match against Pliskova was played under a stifling sun, with the temperature around 80 degrees (25 Celsius), and Williams often stepped into the patches of shade behind each baseline. She did not start well, not well at all, and her mistakes were mounting and deficit was growing.

Only after trailing by a set and a break at 3-2 in the second did Williams seem to get going. From there, she immediately earned her first break point of the match and converted it to get to 3-all, beginning a run in which she claimed nine of 11 games.

That seemed to put her in control. And then it all changed. Serving for the victory at 5-1, 40-30, Williams was called for a foot fault — reminiscent of an infamous such call at the U.S. Open a decade ago. During the ensuing point Wednesday, Williams twisted her left ankle and dumped a forehand into the net.

She grabbed at her foot right afterward, and would go on to cede that game.

Not a big deal, right? She still had a sizable lead.

Except three more match points would follow, and Pliskova staved off each one.

Williams would again serve for the match at 5-3 — and again get broken. The owner of the most feared and respected serve in women’s tennis was broken for a third time in a row at 5-all, and Pliskova was on her way.

“She got a little bit shaky in the end,” Pliskova said. “So I took my chances. And I won.”

COLUMBIA, S.C. (AP) — South Carolina will have some “Prime Time” on its team next season as the son of... read more