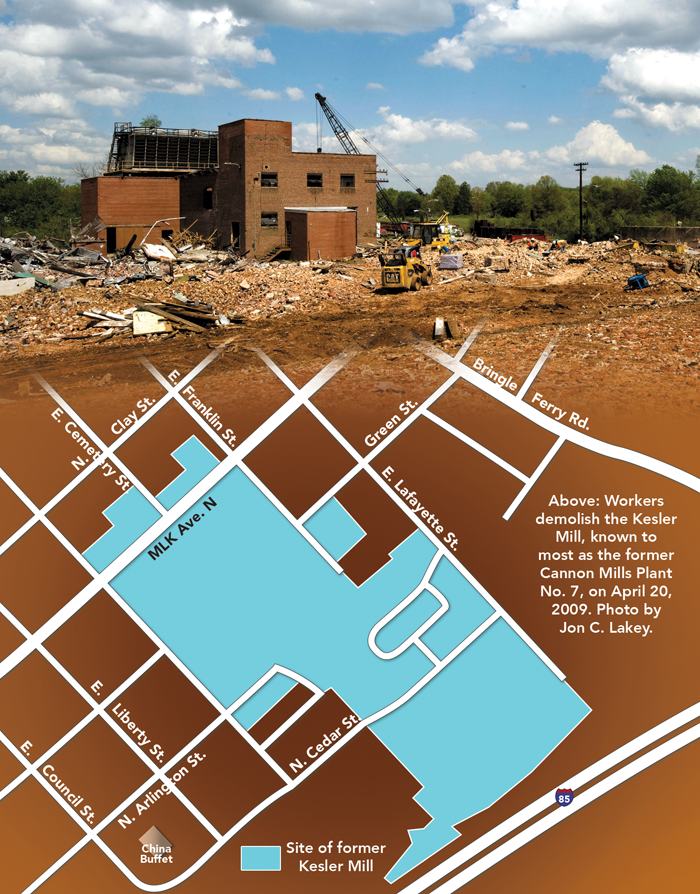 SALISBURY — Starting Tuesday and continuing until Jan. 29, the city is asking the public to review and comment on a cleanup plan and grant application regarding the former Kesler Mill site.

The former textile mill, which is at 423 N. Martin Luther King Jr. Ave., was demolished in 2009. An environmental assessment in 2015 concluded that large piles of debris included asbestos and there were areas of soil contamination.

The city wants residents to offer feedback of a draft Analysis of Brownfields Cleanup plan, which details cleanup alternatives, and a draft grant application to the U.S. Environmental Protection Agency Brownfields Program to request funding to pay for deposal of contaminated soils and debris.

Residents who want to see both drafts can visit the Community Planning Services office at 132 N. Main St.

The cleanup plan details three options for cleanup, which include no action, capping, and excavation and disposal of contaminated soils and off-site disposal of debris.

The site capping alternative would involve covering the contaminated soil with 2 feet of clean soil, which would prevent direct contact. This would limit exposure of nearby residents but prevent certain developments at the site. It would cost about $146,124 plus unknown long-term expenses.

The excavation and disposal alternative would remove the contaminated soil to an off-site landfill and remove and dispose of the debris. With this method, the exposure threat to residents is short term and the site could be used for redevelopment.

The cleanup plan offers this as the preferred option. It would cost about $447,000.

“The site has become a huge eyesore to the community, a significant health hazard, and an attractive site for criminal activity,” it states. “Approximately 20 houses share a fence line with the mill site with a direct view of the rubble and debris just a few feet behind their properties.”

Interim Planning Director Brian Hiatt said there have been talks of the former mill site being turned into mixed commercial and residential development or an outdoor sports location.

The grant application says the site is expected to have a value of at least $3.6 million, compared to $312,000 currently.

The site is privately owned. In order to secure the EPA grant, the city would have to take over ownership.

The city will hold a public meeting at 6 p.m. Jan. 28 at the Park Avenue Community Center, 632 Park Ave. Representatives from Cardno, which drafted the cleanup plan, and Hiatt will answer questions and listen to feedback regarding the cleanup.

Hiatt said he expects some feedback to be that the cleanup is long overdue, but he thinks the community will see this as positive.