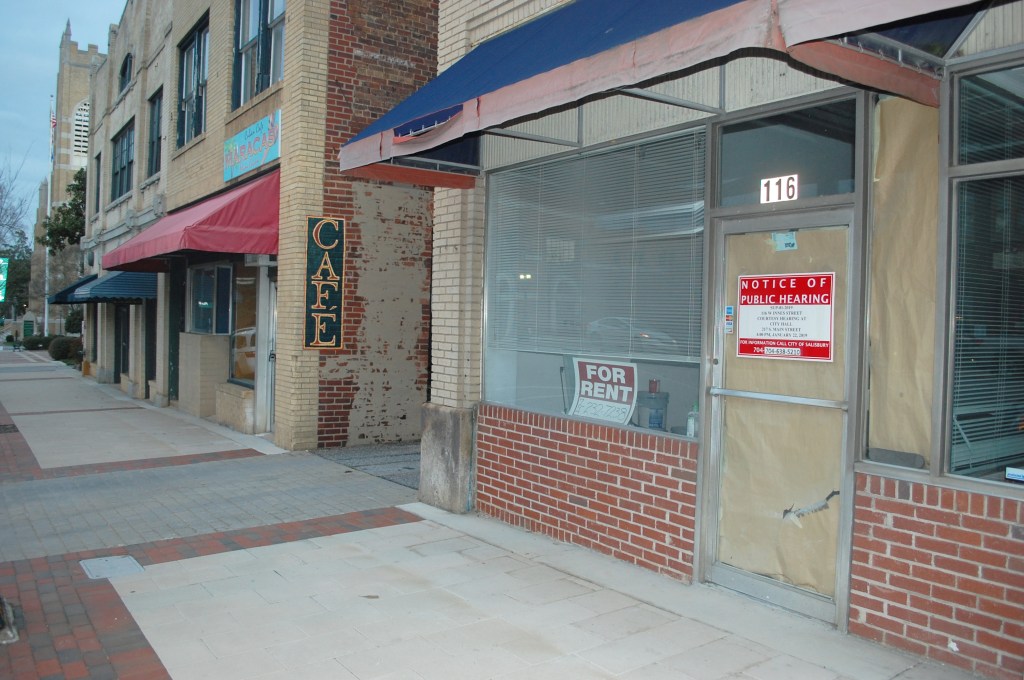 Shannon Bergland came before the Jan. 22 Planning Board to request a special use permit for 116 W. Innes St. Bergland hopes to open a craft beer bottle shop.

SALISBURY — The Salisbury Planning Board on Tuesday approved a special use permit to allow for a craft beer bottle shop on West Innes Street.

Shannon Bergland asked the board to approve a permit that would allow her to have on-site alcohol consumption at 116 W. Innes St. Bergland also owns a craft beer bottle shop, Bottle & Can, in Asheboro.

“This will be a great way to introduce the community to even more craft beer that’s out there,” Bergland said. “It’s still growing here and people are still learning, and I want to bring that to your door.”

Zoning Administrator Teresa Barringer explained the reason the Planning Board needed to approve a special use permit. The bottle shop would be defined as a bar, tavern or nightclub and will not be a part of a restaurant.

“The reason this is coming before you isn’t because it fully sounds and behaves like a nightclub or bar, but based on the way our ordinance is written, on-site consumption unless identified as a restaurant requires a special use permit of on-site consumption,” Barringer said.

Several board members asked about the child development center at St. Luke’s Episcopal Church. Properties that allow on-site alcohol consumption can’t be less than 500 feet from a school. The parcel the day care is at is more than 500 feet away. Barringer said schools, not day care centers, are part of the zoning ordinance.

Barringer also said no nearby residents had contacted her with concerns about having a bottle shop at the West Innes Street location.

Bergland said retail sales should be even with on-site consumption sales as the public understands the concept. She said she plans to be open until 9 on weeknights and 10 p.m. on weekends.

“Salisbury is on its way to becoming a beer tourism place,” Bergland said.

Barringer added the special use permit follows the property, not the person who sought the permit, and the city could revoke the permit at any time.

• Chairman Bill Wagoner told the board that the City Council has asked it to review the Land Development Ordinance as it reaches its 10-year mark. Wagoner said his goals with city staff are to refine the ordinance and make the board’s time more worthwhile.

“We were trying to maybe put our time to a real focused, efficient use and yet really go back to council with some really good stuff, not just cursory, real strong proposals,” Wagoner said.

• Jayne Land was sworn in as a Planning Board member.