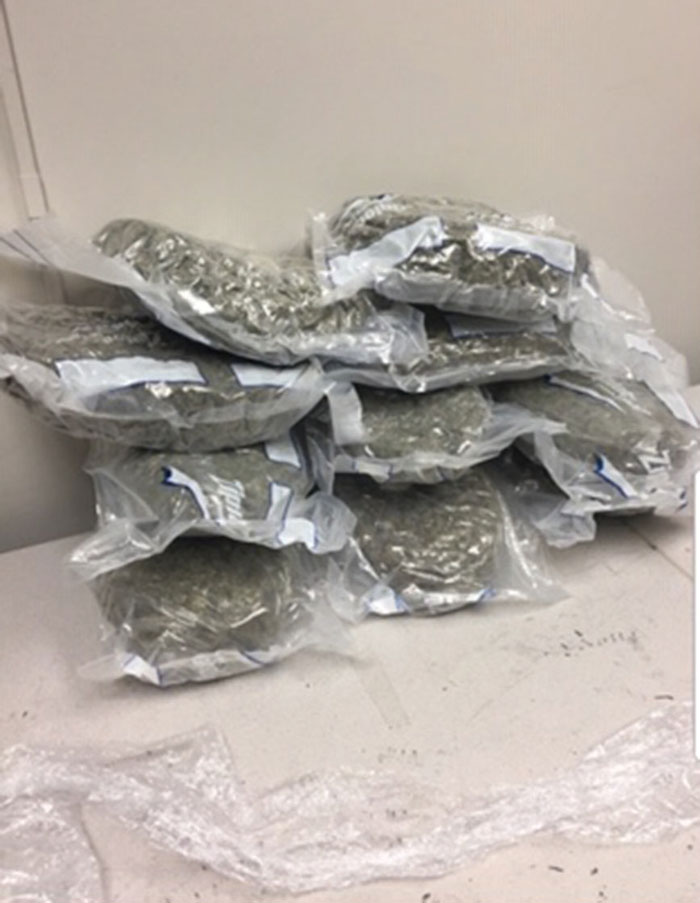 SALISBURY — A man who is in the U.S. illegally received packages of drugs from California through the Postal Service, according to the Rowan County Sheriff’s Office.

Investigators seized 11 pounds of high-grade marijuana that was found in a package in his Salisbury home. The marijuana was valued at about $30,000.

On Friday, the Sheriff’s Office charged Mario Andres Solis-Delgado, 33, of the 100 block of Cypress Lane, with trafficking in marijuana by possession.

Members of the Sheriff’s Office Special Investigations Unit, assisted by the Postal Service and Landis Police Department, served a search warrant at his home.

Investigators said over the past year, eight suspicious packages were sent to the Cypress Lane address from California, a state known to be a source of high-grade marijuana that is shipped to North Carolina by the Postal Service and parcel delivery companies.

Investigators found additional marijuana, drug paraphernalia and a .22-caliber handgun inside the residence.

Solis-Delgado indicated that he is a Mexican citizen and in the United States illegally.

Authorities said the investigation is ongoing.