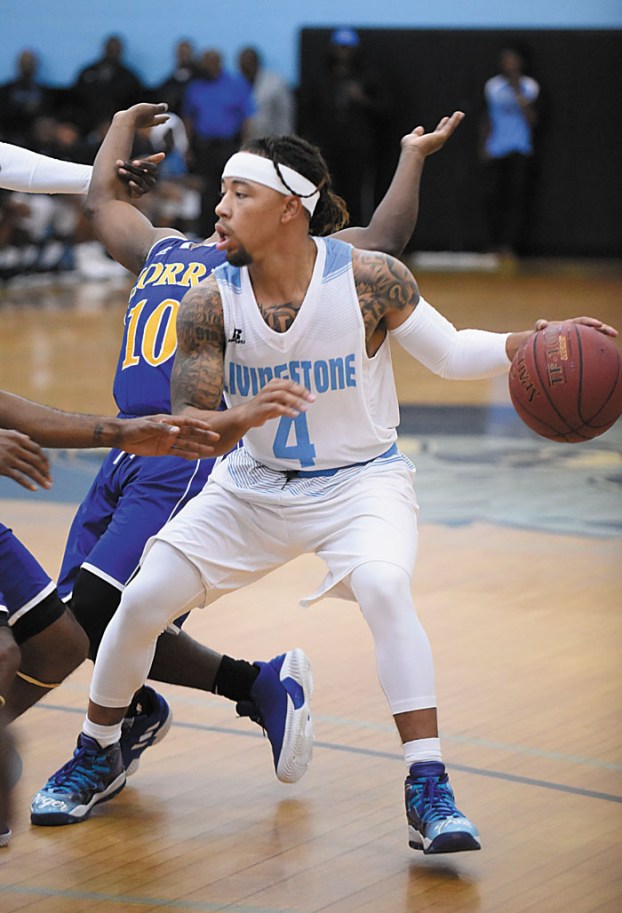 The victory was the Blue Bears’ fourth straight, moving their overall record to 11-6 and conference mark to 4-4. Coach James Stinson’s team leads the CIAA’s Southern Division with that .500 mark.

The Broncos are struggling this season, falling to 3-13 and 2-7. FSU opened the season by losing nine of its first 10 games, and is 2-4 since.

Livingstone used a balanced attack in the first half, jumping out to a 16-6 lead and gradually building its advantage to 33-16 by halftime. Ray had just nine of his points in the first half.

In addition to the performance in the Chowan game, Ray scored 28 points and dished out 10 assists against Chowan on Jan. 14.

Last night, Ray caught fire in the second half for 16 points as the Blue Bears expanded their halftime lead to 24 points at 70-46, with 3:13 left. Livingstone coasted the rest of way, as FSU mounted a mild rally, trimming its deficit to the final 14-point margin.

Ray was 7-of-14 from the floor, including 3-of-6 from the 3-point arc. He also dropped in 8-of-10 free throws. Ray, a junior, added four assists to become the program’s all-time leader in that category.

Fayetteville State was led by Mark Burton with 16 points and Raymon Pratt, who followed with 15.  Joshua Bryany added eight points and eight rebounds.