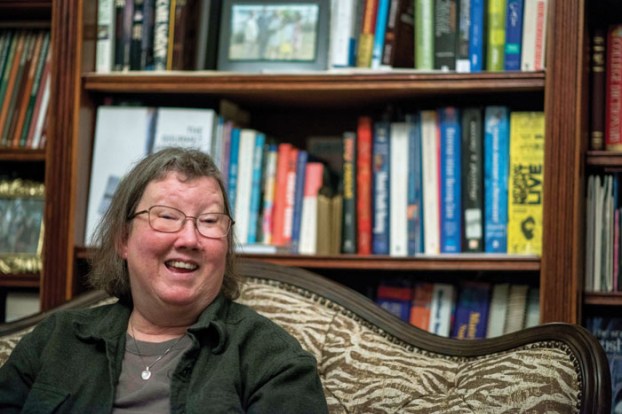 Darts and Laurels: Sue Carroll’s actions provide a lesson for all

Laurel to Sue Carroll, whose act of kindness sought to provide comfort to those dealing with glioblastoma, a type of cancer that can occur in the brain or spinal cord.

Carroll, who has suffered from brain cancer herself, purchased 30 stuffed animals for patients at a local doctor’s office.

As Salisbury Post contributor Maggie Blackwell wrote in Wednesday’s newspaper, Carroll is a big believer is supporting local businesses. And, when Small Business Saturday came around, Carroll purchased a Jelly Cat stuffed animal from Caniche to help with arthritis pain during long nights.

“After two or three weeks I thought, ‘Wait a minute here. I need to pass this on,’” Carroll said.

So, she bought 15 stuffed animals each from Caniche and Lora Belle Baby and brought them to her doctor’s appointment to be given to other patients.

We can all learn something from Carroll’s generosity, and that lesson is, no matter how difficult our lives may seem, there’s always time to spread a little kindness of our own.

Laurel to Rowan County commissioners and the Rowan Public Library for making plans to repurpose a portion of the now-closed Cleveland Elementary School.

The Rowan Public Library plans to open a west Rowan branch in the former school’s media center and auditorium, which will be repurposed into an events space. The library has raised roughly half of the $670,000 cost through means other than taxpayer dollars, leaving the county with a relatively small bill to open up a west branch in an area where local residents would otherwise need to drive a number of miles to the nearest facility.

Too often, schools sit abandoned for years after a closure or relocation decision is made. That’s true for businesses, too. And, while a portion of Cleveland Elementary will be demolished, we are glad to see it’s immediate future doesn’t include a lengthy period of vacancy.

Dart to a federal government shutdown that’s begun to affect local entities. The Family Crisis Council, which assists victims of rape, incest and domestic violence, is one such organization. Last week, Renee Bradshaw told Post Editor Josh Bergeron that she had to solicit donations from local folks in order to keep providing services. It was the first time she’s needed to do so since she became director in 2012.

When a disagreement about funding for some steel slats at the border begins to force important, local entities like the Family Crisis Council to scramble for funding, perhaps it’s time for politicians of all stripes to cease the shutdown standoff and seek compromise.

Republicans in Raleigh certainly seem to be changing their tune now that there’s no longer a supermajority upon which they... read more