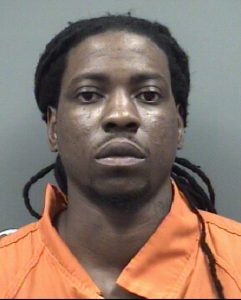 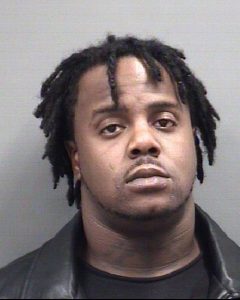 Winslow Cherry, 28, of the 1100 block of Bringle Ferry Road, was charged with misdemeanor resisting, delaying or obstructing an officer; felony maintaining a dwelling or vehicle for dealing in a controlled substance; two counts of felony trafficking in drugs; and felony possession of a firearm by a felon.

A neighbor called police about 3 a.m. Sunday to report seeing the vehicle parked at Woodson and Holmes streets. The neighbor said the drivers were possibly selling drugs. When police arrived, both men were inside a sport utility vehicle.

According to police, the passenger, Winslow Cherry, was found with marijuana residue in his lap.

A 9mm gun was found behind the driver’s seat along with a silver sealed drink container that had 14.5 grams of marijuana inside. The marijuana was individually packaged in plastic bags.

An officer also searched a Ford Taurus belong to Cherry that was parked behind the SUV. The officer found 281 grams of Ecstasy wrapped in plastic in the passenger’s seat. When officers tried to arrest Cherry, he ran and jumped several fences, but he was caught a short time later.