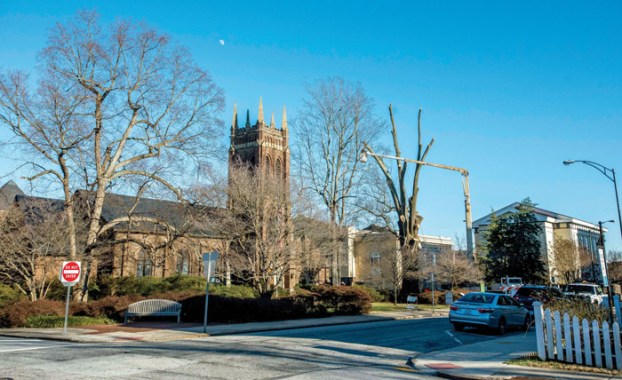 1. On Tuesday, the Salisbury City Council unanimously passed a resolution condemning the 1906 lynchings here of three back sharecroppers, who were being held in the murder of a family in their farmhouse. What was the formal name of this resolution?
A. Action in Faith and Justice Resolution
B. Resolution of Reconciliation
C. Harmony and Light Proclamation
D. Resolution of Non-Acceptance

2. In passing the resolution related to the 1906 lynchings and condemning “all acts of violence and racial terrorism perpetuated against African-Americans from which they were not rightfully protected during the Jim Crow era,” the City Council stopped short of establishing an Equity Commission, wanting to discuss that further. As proposed, how many members would such a commission have?
A. Three
B. Five
C. Eight
D. 12

3. The prolonged federal shutdown that began in December caused the director of a Rowan County nonprofit agency to solicit money from three donors so her organization could keep operating at least through the end of this month. Whose government reimbursements have been delayed leading to this action?
A. Hornets Nest Council of the Girl Scouts
B. Salisbury National Cemetery
C. Families First
D. Family Crisis Council

4. The federal shutdown also has stalled a group’s application for a Brownfields grant through the Environmental Protection Agency. What project is the grant being sought for?
A. To clean up the former Cannon Mills Plant No. 7 site in the Park Avenue neighborhood
B. To clean up the former Paul Laurence Dunbar Center in East Spencer
C. To remove old fuel tanks at Mid-Carolina Regional Airport
D. To remove hazardous waste materials at the former Celanese plant

5. Students in Rowan-Salisbury Schools will have a new way of making up days lost to bad weather, thanks to a program approved last week by the school board. What is the name of the program allowing students to complete coursework from home when schools are closed?
A. Online Classroom
B. eLearning
C. Student App
D. Teacher, Teacher

6. Phyllis Loflin-Kluttz will retire Jan. 31, wrapping up her 20 years as what?
A. Executive director of Prevent Child Abuse Rowan
B. Manager of the local Employment Security Commission
C. Coordinator for Salisbury-Rowan Senior Games & SilverArts
D. President of the Rowan County YMCA board of directors

7. An arborist found that a stately tree on the grounds of St. Luke’s Episcopal Church in Salisbury had been damaged in a hurricane and that a growing fungus and its weakened limbs would make its survival impossible. A crew started removing the tree last week. What kind of tree was it?
A. Elm
B. Pin oak
C. Willow oak
D. Maple

8. According to a recent report, what Rowan County facility has grown to where in 2018 it accounted for 795 local jobs, $40.9 million in personal income through salaries, and $4.4 million in state and local taxes paid?
A. Dan Nicholas Park
B. Lazy 5 Ranch
C. N.C. Transportation Museum
D. Mid-Carolina Regional Airport

9. Hugh and Judy Martin have become friends in recent years with a bird that lives in the wilds around their Poole Road tree farm. What kind of bird is it?
A. Turkey
B. Red-tailed hawk
C. Owl
D. Peacock

10. Rowan-Salisbury Schools Superintendent Lynn Moody said planning for this is like playing with jello — “you punch in one thing and something else punches out.” What was she talking about?
A. Planning for school redistricting
B. Deciding on which schools to close
C. Deciding on destinations for school field trips
D. Coming up with a calendar for the school year

Granite Quarry will talk to candidates for interim town manager

By Mark Wineka mark.wineka@salisburypost.com GRANITE QUARRY — The Board of Aldermen plans to interview at least three candidates for interim... read more