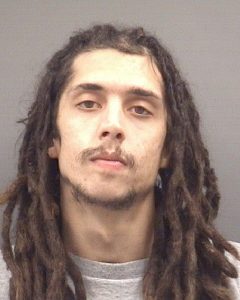 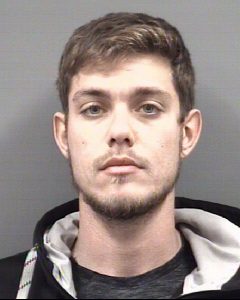 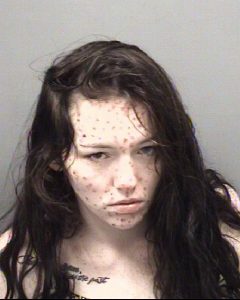 SALISBURY — A Rockwell man led officers on a high-speed vehicle chase through three counties Friday. Officials said he and two passengers were injured after he lost control and crashed the car.

The chase began about 12:20 a.m. Friday. Sheriff’s Sgt. Wes Smith was traveling north on Interstate 85 when a driver in a Honda Civic passed him and began weaving in and out of traffic. The driver slowed down, but then sped up.

The vehicle chase continued into Davidson County. Officers with the Thomasville Police Department and troopers with the N.C. Highway Patrol joined the pursuit.

When the driver reached Hopewell Church Road in Randolph County, he tried to pass a tractor-trailer on the right side of the road but lost control of the car. He struck an embankment and hit several trees before going airborne. The vehicle overturned and came to stop in the road.

Talbert was found hanging halfway out of the driver’s side window. Both the front-seat and rear-seat passengers were ejected in the crash.

The front-seat passenger, Phillip Wayne Ketchie, 26, was found lying on the side of a slight hill. Ketchie, of the 500 block of Roseman Road, received minor injuries.

Talbert kept asking where his girlfriend was, according to an investigator’s report.

Danielle Hope Pendleton, 20, of the 200 block of Kimball Street, Kannapolis, was a passenger in the back seat. She was listed in critical condition. She was found up a hill in a wooded area about 100 feet from the crash scene.

Attempts were made to get a medical helicopter to the scene, but officials said that was prevented by bad weather. Pendleton was taken by ambulance to Wake Forest Baptist Medical Center.

At the hospital, they charged Talbert with driving while impaired. He was released from the hospital and taken into custody by Davidson County sheriff’s deputies. He was issued a $25,000 secured bond.

Smith found a small plastic bag on the ground where Talbert had been lying. He noted that inside the bag were smaller plastic bags of marijuana, a suboxone strip and a plastic bag containing methamphetamine.

In addition to the drugs, Smith seized two cellphones found near the car.

Rowan weather: Rain over the weekend, and wind

Watch out for patchy fog this morning until around 10 a.m. Then it will be cloudy, slowly clearing to a... read more