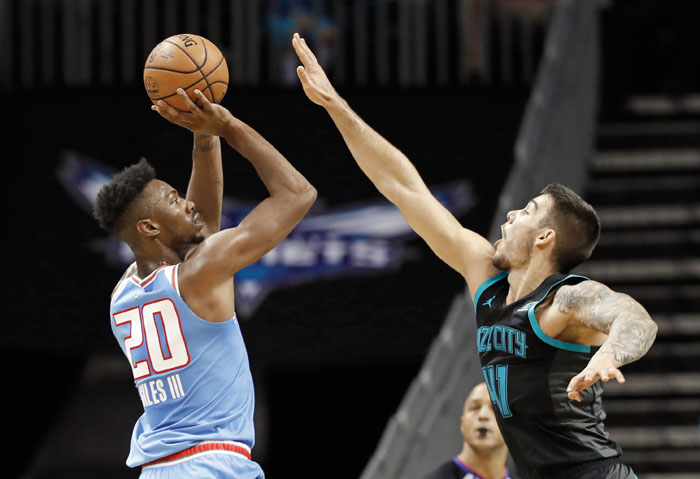 Miles Bridges and Michael Kidd-Gilchrist each had 15 points and Willy Hernangomez added 11 points and 16 rebounds off the bench for the Hornets. Charlotte’s reserves outscored Sacramento’s 60-44.

The Hornets entered the game looking to make up ground in the Eastern Conference after a 2-4 West Coast trip, which included a 104-97 loss at Sacramento on Saturday.

After a slow start, Charlotte scored 43 points in the second quarter to take control and never trailed again, leading by as many as 20 early in the fourth quarter.

Walker, who is third in All-Star voting at guard in the Eastern Conference, has scored 87 points in his last three games.

The Hornets trailed by 13 points early but outscored the Kings by 18 in the second quarter to take a 63-50 halftime lead. Kidd-Gilchrist brought energy and scoring with 13 points before the break.

Kings: Harry Giles capped a frustrating night by fouling out with 1:20 left in the game. He finished with one point after missing all three shots from the field and going 1 of 4 from the foul line.

Hornets: Outscored the Kings 52-38 in the paint despite being without center Cody Zeller. … Carolina Panthers All-Pro linebacker Luke Kuechly and former teammate Thomas Davis took in the game from courtside seats.

Hornets: Host the Suns on Saturday.