Eagles’ player who dropped pass thanks 2nd-grader for letter 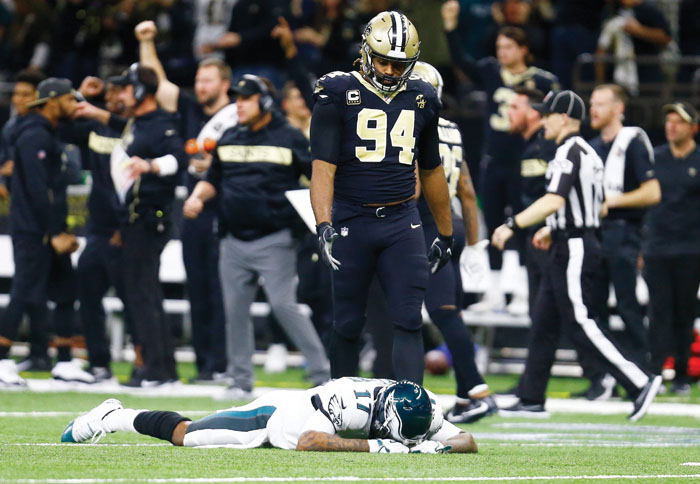 PHILADELPHIA (AP) — Philadelphia Eagles wide receiver Alshon Jeffery has been getting lots of support from fans after dropping a critical pass in a playoff game, including from a second-grader who wrote him a supportive letter.
Jeffery stopped by Abigail Johnson’s classroom in West Chester on Thursday to thank her and her classmates at Sarah Starkweather Elementary.
In her letter , Abigail says she thinks he’s “an awesome player no matter what. It takes a lot of practice and courage to catch a ball.”
After Sunday’s loss against the New Orleans Saints, Jeffery said he let all his teammates and the city of Philadelphia down.
Abigail’s teacher, Alli Morris, says she had her students write to Jeffery after they talked about empathy and kindness.
She says they “wanted to boost him up after a tough loss.”