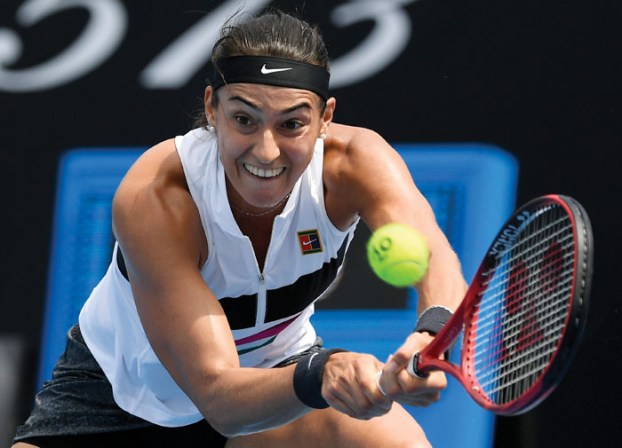 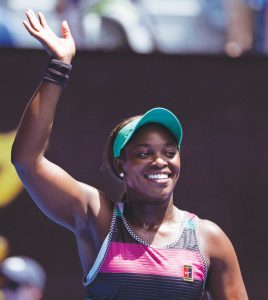 MELBOURNE, Australia (AP) — Sloane Stephens advanced at the Australian Open at the expense of her former doubles partner Timea Babos in a second-round match the women’s tour billed as a battle of the so-called “frenemies.”

Fifth-seeded Stephens, the 2017 U.S. Open champion, dominated the Rod Laver Arena opener 6-3, 6-1 on Wednesday but Babos kept her working by saving 18 of the 23 break points she faced.

This is the first time since 2014 that Stephens has put back-to-back wins together at Melbourne Park. She reached the fourth round in 2014, a year after making a run to the semifinals.

She puts the improvement down to feeling more relaxed.

“Yeah, considering I haven’t won a match here in I don’t know how long,” she said. “I’m kind of conquering all the places where I’ve been terrible. So Asia, I’ve won a few matches there, and here.

“I know haven’t done well here the last few years …. (so) putting the emphasis on trying to start the year on a good foot.”

Stephens couldn’t remember exactly how the combination was formed in the juniors, but said she knew what to expect from Babos.

“She obviously is an incredible doubles player, last year No. 1 in the world,” she said. “I see her every week. We’re good.”

Stephens will next play No. 31-seeded Petra Martic, who beat Marketa Vondrousova 6-4, 7-5.

In other early women’s matches Wednesday, Ash Barty had seven aces and dropped serve only once in a 6-2, 6-3 win over Wang Yafan to continue her bid to end a title drought for Australian women at the championship that dates to 1978.

Anastasia Pavlyuchenkova eliminated ninth-seeded Kiki Bertens 3-6, 6-3, 6-3 to reach the third round of a major for the first time since her quarterfinal run here in 2017, and Aliaksandra Sasnovich beat 20th-seeded Anett Kontaveit 6-3, 6-3.

Advancing on the men’s side were 2010 Wimbledon finalist Tomas Berdych, No. 14-seeded Stefanos Tsitsipas and No. 19 Nikoloz Basilashvili.

Defending champions Roger Federer and Caroline Wozniacki were in action later Wednesday, as well the No. 2-ranked players Rafael Nadal and Angelique Kerber.

DENVER (AP) — Stephen Curry and Klay Thompson each scored 31 points as the Golden State Warriors, propelled by an... read more