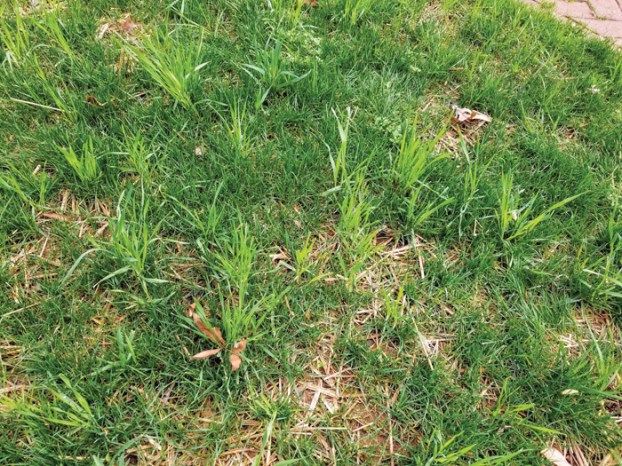 Sadly, there is really no control for this grass once it germinates. Photo by Darrell Blackwelder

A popular lawn question this time of year is when an over-seeded fescue lawn has smatterings of grass that doesn’t look like a normal fescue-type grass.

The newly seeded grass in question often grows much faster than the majority of the newly seeded fescue turf and its color is somewhat lighter.  The out of place grass is most likely annual ryegrass.

Annual ryegrass seed infiltrates commercial seed producer’s production fields and is very difficult to control. Most of turf-type fescue seed is produced in Oregon because of its favorable climate.

Unfortunately, it’s almost a given that most commercial fescue seed blends will contain a small amount this weed. There is really no control for the grass once it germinates. Annual ryegrass dies in the early summer and will leave bare spots.