How a deadly plot against George Washington became a historical footnote 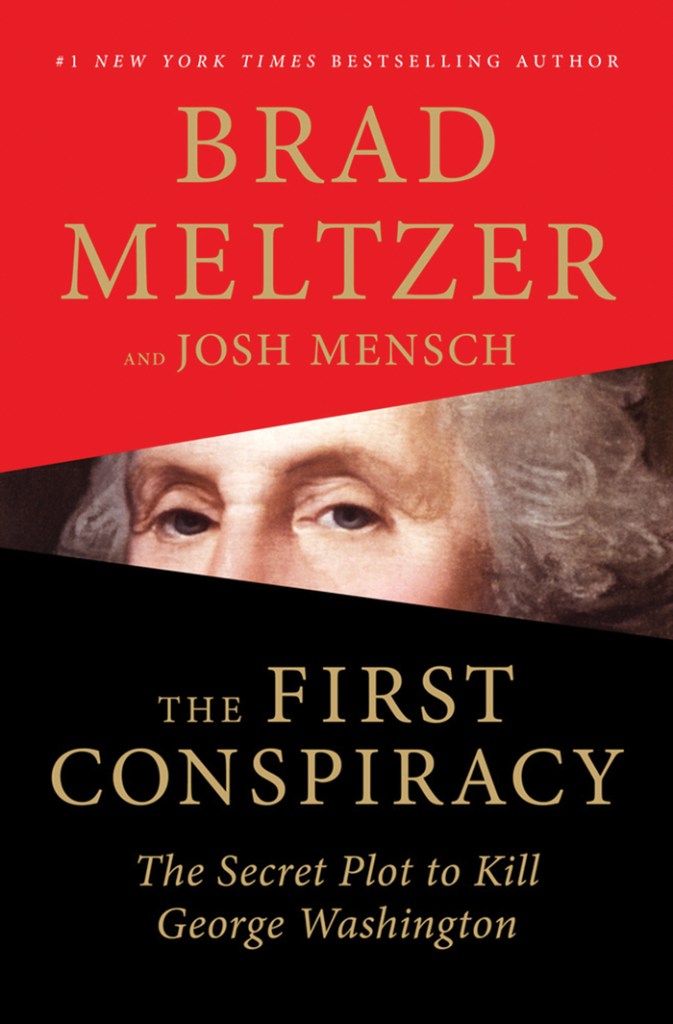 The First Conspiracy: The Secret Plot to Kill George Washington

They were plotting to kill George Washington. I first saw the details in a footnote. I thought it had to be fake — something made up on the internet. But for nearly a decade, I couldn’t stop thinking about it.

Eventually, I decided to dig deeper. Some historical clues suggest that in 1776, a group of British sympathizers launched a plot to kidnap Washington; other evidence says the plan was to assassinate him. Either way, the reality was the same: At the start of the Revolutionary War, Washington’s life was in danger.

When I reached out to Pulitzer Prize-winning historian Joseph J. Ellis, he confirmed the existence of the plot and said he was fascinated by it, too. But when I told him I was thinking about writing a book about it, he warned how hard the project would be. This was a story about espionage — a secret plot — and the clandestine investigation to stop it. For everyone involved, including Washington’s inner circle, their entire purpose was to ensure the secrecy of their actions. As Ellis told me that day, “You can find the number of slaves at Mount Vernon; you’ll never find all his spies. By its nature, this is something that will always be elusive.”

He was right. Thankfully, as my new book with Josh Mensch, “The First Conspiracy,” proves, there was much to be found. It all culminated with Washington rounding up those responsible, building a gallows and hanging one of the co-conspirators — who was one of Washington’s own personal bodyguards — in front of 20,000 witnesses. It was the largest public execution in North American history at that time.

So who was responsible for the plot to kill Washington? At the start of the Revolutionary War, our country was deeply divided. Despite the mythology that we were a ragtag group banding together to take on the British, the New York City region had almost as many Loyalists as Patriots. Allegiances changed on a daily basis, both sides locked in a volatile battle for the soul of the city. Indeed, as Washington led his army to New York in the spring of 1776, many residents cheered his arrival — but there were many who didn’t.

One of those enemies was the governor of New York, William Tryon. Another was the mayor of New York City, David Mathews. But there were also traitors among Washington’s private bodyguards.

Washington’s “Life Guards” were an elite unit of the army, hand-selected for their “sobriety, honesty, and good behavior.” They were supposed to be the very best. They traveled with him, guarding the army’s cash and vital documents. But above all, they had one critical responsibility: to protect Washington’s life. Yet, in fact, a handful of Washington’s Life Guards had switched sides and joined the Loyalist conspiracy.

How did Washington uncover the truth? You’ll see in the book, but one thing is certain: If their plot had succeeded, our world would be remarkably different.

Today, when I tell people the story, the first thing they ask is: Why haven’t I heard of this before? I think the answer comes from when it happened. The hanging took place on Friday, June 28, 1776. That was the same morning that John Adams presented Jefferson’s first draft of a new Declaration of Independence to the Continental Congress. And on that very same day, the British forces were about to arrive in New York Harbor to prepare for their first major attack. This was a moment in which Washington needed to convey strength. The last thing he wanted was to tell the world that his own men had just turned on him.

Most important, when it came to dealing with foreign espionage on our own soil, our first president offered a lesson in leadership that marks a stark contrast from our current climate. Back then, there was no United States. Washington helped create it — with character, unity and a tireless work ethic. There was no flag that he could wrap himself in. He didn’t brag; he didn’t boast; he didn’t use personal insults. He knew the world was watching, and he held everyone — most of all himself — to the highest ethical standards.

Indeed, at first, some people thought Washington was too modest to lead an army. By the end of the war, this very quality earned him almost universal respect. It’s why he was elected to be the first president of the United States.

Nearly a decade ago, I started this project thinking it would be a fun mystery from the past. Instead, it led me to lessons about leadership and unity that we need more than ever.

Meltzer is a best-selling thriller writer. His first nonfiction book, “The First Conspiracy: The Secret Plot to Kill George Washington,” co-written with Josh Mensch, came out on Jan. 8.