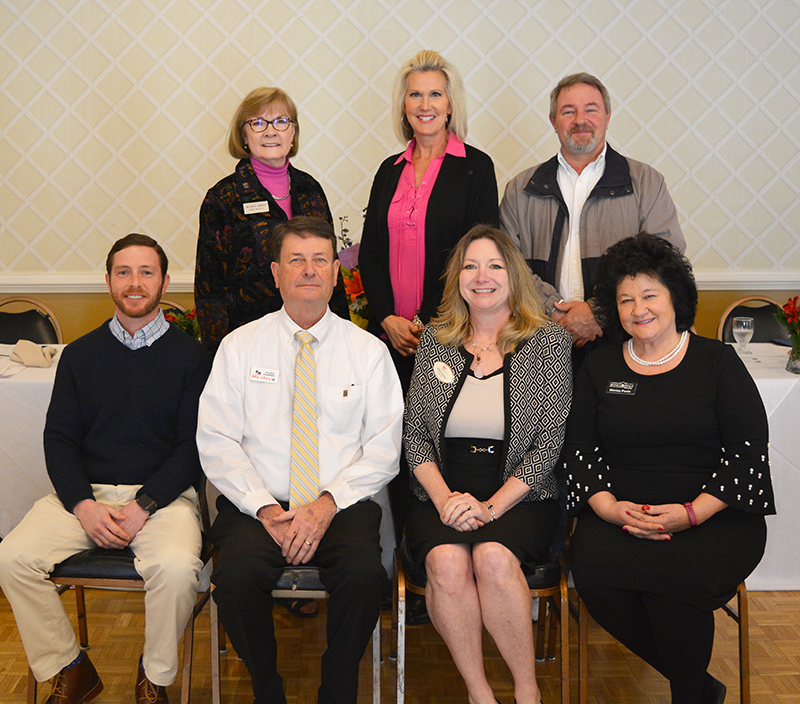 Photo submitted - Pictured here are officers and members of the board of directors for the Salisbury-Rowan Association of REALTORS. Seated,from left, are Treasurer Jason Wallace, 2019 President Tom Bost, President-Elect Kellie Fischer and Secretary Monica Poole.Standing, from left, are 2018 President Mary Arey and directors Penny Adelsberger and Mike Rusher. Not pictured are directors Dan Wagoner and Beth Bean.

The Salisbury-Rowan Association of Realtors installed its 2019 officers and directors at a January meeting.

During the meeting, Arey recapped 2018 highlights, which included the association celebrating its 60th anniversary in June.

The association consolidated operations in July by moving into the South State Bank building.

NFIB’s optimism index drifted down by 0.4 points, to 104.4, according to the report.

Unfilled jobs and the lack of qualified applicants continue to be a primary driver, with job openings setting a record high and job creation plans strengthening, a news release said.

The survey polled a random sample of NFIB members.

Novant Health adds members to board of trustees

Novant Health on Wednesday announced the addition of two ex-officio, nonvoting members to its board of trustees.

While Novant Health operates Rowan Medical Center, the the new trustees will serve on the board for the broader company, which serves the Carolinas, Virginia and Georgia.

Johnson is the chief administrative officer, general counsel and corporate secretary for Hanesbrands.

Myers is a lifelong resident of Mecklenburg County and has practiced law for more than 40 years.

“These new board members will bring insight to how we can continue to improve the health of our communities and advance our mission, vision and values, including our promise to deliver convenient, accessible and affordable care to our patients,” said Carl S. Armato, president and CEO of Novant Health.