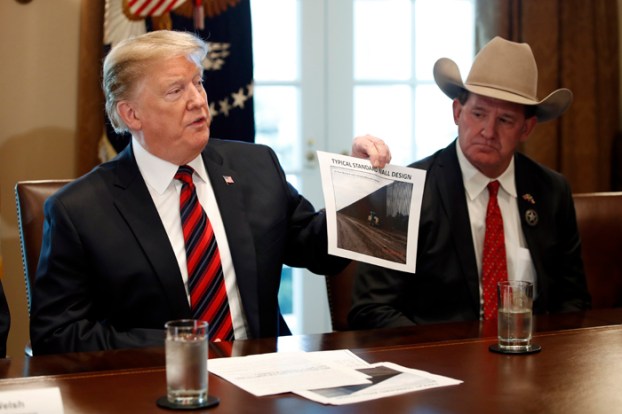 Here’s the latest on he partial government shutdown on Day 21.

The shutdown matches the longest stoppage yet: a 21-day closure that ended Jan. 6, 1996, during President Bill Clinton’s administration.

Federal workers received pay stubs Friday with nothing but zeroes on them as the effects of the government shutdown hit home, deepening anxieties about how to pay the bills.

The partial shutdown of the U.S. government has begun to make it harder to assess the health of the economy by delaying or distorting key reports on growth, spending and hiring.

Cities with economies tied to federal spending are showing signs of strain. One is Huntsville, Alabama, where about 70 federal agencies are located at the Army’s Redstone Arsenal: Hotel rooms are vacant because out-of-town government workers and contractors aren’t coming, restaurants frequented by federal workers are struggling, parking lots are empty and offices at NASA’s Marshall Space Flight Center are dark.

QUOTES OF THE DAY

IRS employee Tiauna Guerra, one of 3,750 furloughed IRS workers in Ogden, Utah: “We’re barely getting by,” said the mother of two small children. “We are not able to pay a lot of our bills. We’re having a hard time trying to buy gas, food.”

President Donald Trump: “This is where I ask the Democrats to come back to Washington and vote for money for the wall, the barrier. Whatever you want to call it, it’s OK with me. They can name it whatever; they can name it peaches.”

The shutdown sets the all-time record on Saturday, Day 22, when it officially becomes the longest in U.S. history.

Trump’s administration is considering using billions of dollars in unspent disaster relief funds to pay for the border wall as Trump weighs signing a national emergency declaration to get it built without Congress.

Nine of the 15 Cabinet-level departments have not been funded, including Agriculture, Homeland Security, State, Transportation, Interior and Justice. Some iconic National Park facilities are shuttered as are the Smithsonian museums and the National Zoo in Washington. Nearly everyone at NASA is being told to stay home, as are most at the Internal Revenue Service, which processes tax returns and issues refunds, though the administration says tax refunds will be issued during the shutdown.

WHO IS AT WORK BUT NOT GETTING PAID

Some 420,000 federal employees whose work is declared essential are working without pay, including the FBI, airport security and other federal law enforcement officers. Some staff at the State and Homeland Security departments are also working without compensation.

The House and Senate have voted to ensure that all federal employees will be paid retroactively after the partial government shutdown ends. The bill now heads to President Trump, who is expected to sign it.

US House may resolve disputed 9th District election in NC