Yesterday: Hanging out with some kids next to Berlin Wall 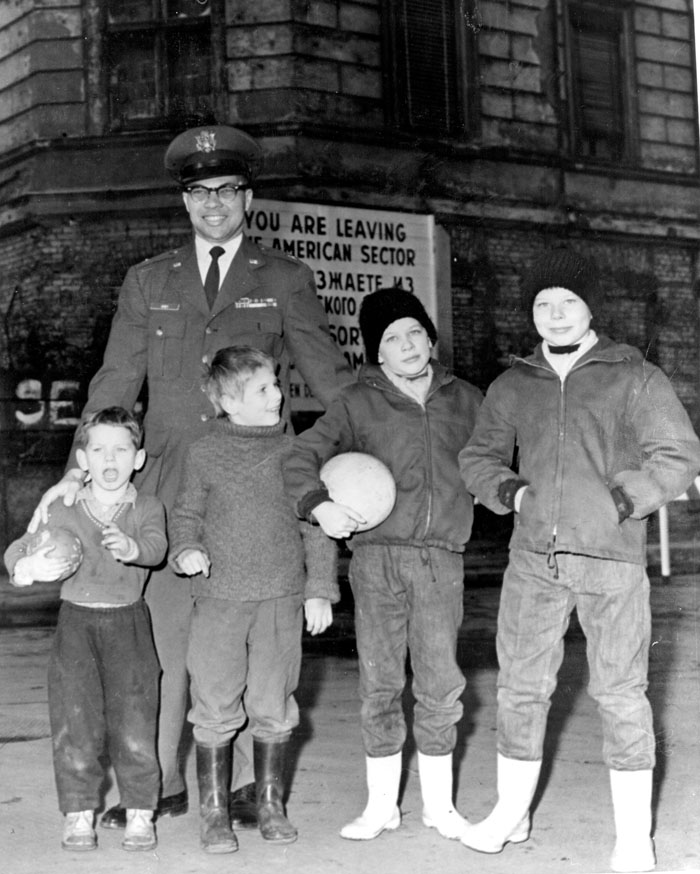 Retired military officer and chaplain Fleming Otey of Salisbury submitted this photograph to the Salisbury Post. He thinks it was taken in the late 1960s on the West Berlin side of the Berlin Wall. He was in the Air Force at the time, and on the back of the photograph he wrote, ‘These kids, in spite of all the tension around them, were playing here and just as carefree and devilish as are kids here at home.’ Otey went to say that the building behind them had been emptied after people were jumping for their freedom from East Berlin. He said to notice that the windows had been bricked in. ‘The Russians are rapidly tearing down the buildings so their deed won’t be so conspicuous and grotesque,’ Otey also wrote on the back of the photo. ‘They are also replacing the barbed wire wall with a new wall, which is 10 feet tall with 42-inch concrete pipe on top, which is not as much of an eyesore but much harder to get over.’ The wall lasted from 1961 to Nov. 9, 1989, when East Germans were allowed to cross over to West Berlin whenever they pleased. It became an enduring symbol of the Cold War. Otey served in the Air Force from 1957 to 1976, rising to the rank of lieutenant colonel. He then joined the Navy and over 20 years rose to the rank of lieutenant commander. He capped off a 50-year career of service by working as a Veterans Affairs chaplain for 10 years.