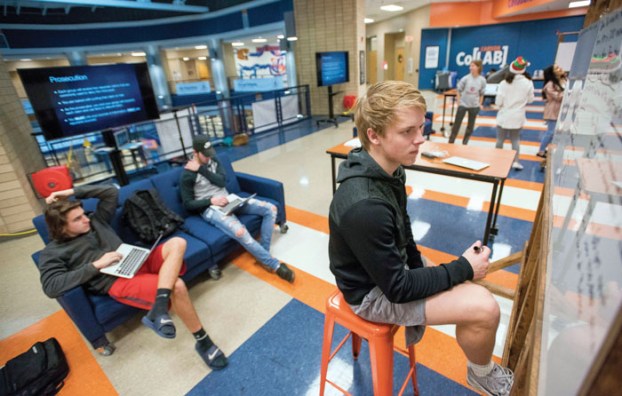 Quotes of the week: ‘I don’t really understand it’

“I’ve never really hated any race or nationality, but I know people who aren’t in the best relationship with others. I don’t really understand it, but I try to help them understand everyone is not the same.”

Jeremiah Cloninger, a Carson High School student who signed up for a new class on the history of the Holocaust and genocide

“I’m just shook up. Everybody started running, then someone said somebody took the side of the store off.”

Sarah Lipscomb, who was shopping at Aldi’s supermarket last Friday when a  tractor-trailer veered into the parking lot, hit at least seven vehicles and pushed one into the side of the building

“We are obviously very unhappy with this, and I think a few of us are, probably, physically sick to our stomach that we have to do this. But this is the risk that we took.”

Greg Edds, chairman of the Rowan County commissioners, on news that the county will pay $285,000 in legal fees to the ACLU, which represented three county residents in their successful challenge of the board’s practice of opening meetings with a Christian prayer

“Let’s get started so we can get finished.”

“The positive is that we never gave up and never let up. We were still hustling down to the end.”

Michael Young, a businessman who owns apartments and other downtown properties and  is among business and civic leaders
who see good things happening downtown in the coming year

Steele, Yeldell will be inducted into new Hall of Fame Congratulations, coach. You earned this on and off the track.... read more