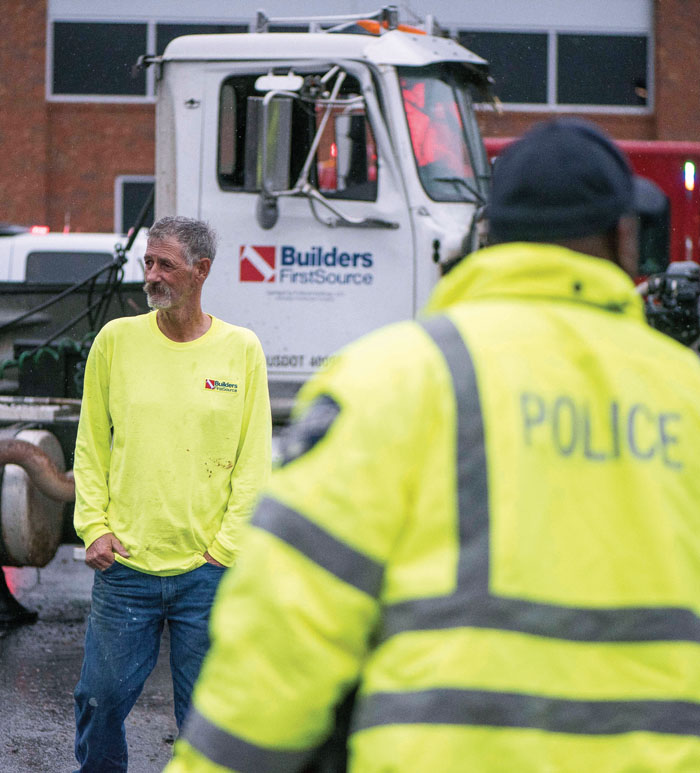 FILE PHOTO JON C. LAKEY / SALISBURY POST An empty flat bed tractor trailer driving along Jake Alexander Blvd on Jan. 4 left the roadway and into a crowded parking lot at the Aldi store striking several parked vehicles. Amazingly, no one was injured in the incident. The building was damaged by the truck and the passenger cars that were moved by the impact. Salisbury, North Carolina 1/4/19

SALISBURY —  A tractor-trailer driver who crashed a flatbed through the Aldi parking lot off Jake Alexander Boulevard has been charged with careless and reckless driving.

No one was injured in the incident.

The Salisbury Police Department said Johnny Ray Locklear of Albemarle couldn’t explain what caused him to veer off the boulevard. Locklear was traveling east in the lanes opposite from the store.

The tractor-trailer crossed the road near Premier Federal Credit Union, then traveled up an embankment and uprooted some small trees at the credit union parking lot. The driver hit a Nissan sport utility vehicle that was pushed into the side of the Aldi building.

The tractor-trailer then hit a GMC Denali before traveling to the front parking lot where it struck five more cars. The truck wedged a vehicle between a light pole and the truck cab.

The truck, which was pulling an empty flatbed trailer, belongs to Builders First Source.

Police said they are still awaiting tests to determine if the driver had a medical condition or other impairment.