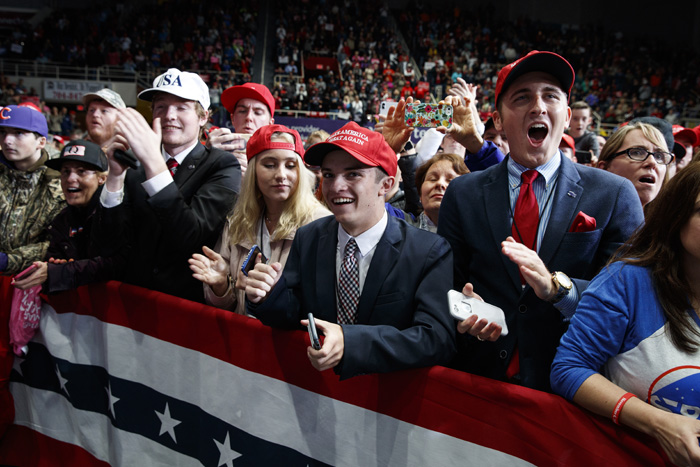 Supporters of President Donald Trump listen to him speak at a campaign rally at Bojangles' Coliseum, in Charlotte. Evan Vucci/Associated Press

Supporters of President Donald Trump have just reached a new low. In the past we have been called “deplorables” by presidential candidate Hillary Clinton and “smelly” by FBI agent Peter Stroh, but I think we have reached a new low.

You may not know of Rep. Hank Johnson, D-Ga., but I will refresh your memory.

He is a well-educated congressman from Atlanta who asked the following during a congressional hearing on Guam.

The Marine Corps was considering moving forces from Okinawa to Guam, and Johnson was concerned about the weight of all the equipment that the Marines would be bringing with them. He asked, “Admiral, aren’t you concerned that Guam may tilt if you put that much equipment on one end of Guam?” Yes! That was his concern. Well, we now have Johnson stating that Trump followers are “older, less educated, have liver disease and broken hearts caused by economic despair.” Johnson is concerned about Trump voters being “ignorant,” but this is the same congressman who thought Guam may tilt if we put Marines on one end of Guam.

Yes, ladies and gentlemen, this is who we have making decisions for us in Washington. We are in trouble.