After years of preparation and planning by governmental, educational and business organizations, Rowan County is poised for some significant growth to occur in the coming year.

Gains in the areas of infrastructure, business development, and workforce development are paving the way for Rowan County. The Rowan County EDC Top Ten list of exciting things set to happen in the coming year that could take Rowan County to new heights include:

Breck Dorton named to EDC board

Breck Dorton of Triad Commercial Real Estate, has been appointed to a three-year term on the Rowan EDC Board of Directors by the Salisbury City Council. He succeeds Dyke Messinger of Power Curbers, whose term expired.

“I am honored to have been appointed to this new position on the EDC board,” Dorton said.  With the expansion of I-85, I believe this is a very exciting time for economic development in our county, and I look forward to being a part of it in the coming years. I admire this accomplished board of directors, as well as Rod Crider and his staff, and I look forward to working with them in a more formal capacity.” 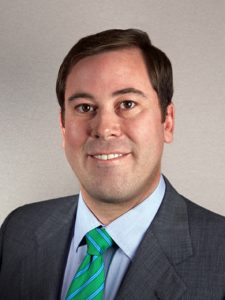 Dorton received a BA in history from Centre College. He began his real estate career developing small residential communities in central Kentucky. He went on to start an orthopedic logistics company in 2004 and grew the business over the following decade. The company was successfully sold in 2014.

Dorton has focused on industrial real estate since 2008. He has completed transactions throughout the Carolinas for clients such as Sonoco, Hanesbrands, Liberty Property Trust, Windstream and Ferguson Enterprises. He is listing broker for the 150,000 square-foot Granite Quarry spec building that was developed by Easter Creek Partners.

The personal-finance website WalletHub has released its report on the States Most & Least Affected by the 2019 Government Shutdown, naming District of Columbia the state most affected.

New Mexico and Maryland followed as states that are affected most by the shutdown.

WalletHub considered each state’s share of federal jobs to federal contract dollars per capita to the share of families receiving food stamps.

It’s all in the family: Grove Supply Co. turns 70