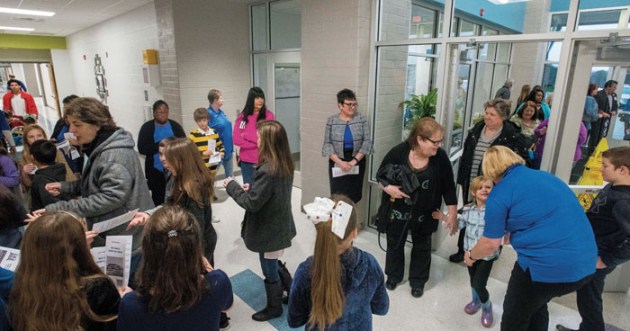 Hundreds were on hand for the dedication and tour of the new West Rowan Elementary School in Cleveland on Friday. Jon C. Lakey/Salisbury Post 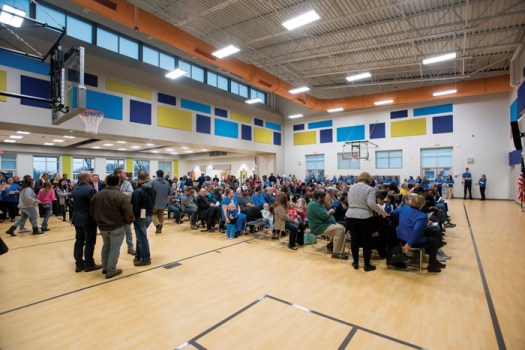 The program took place in the combined gym and cafeteria. Jon C. Lakey/SalisburyPost 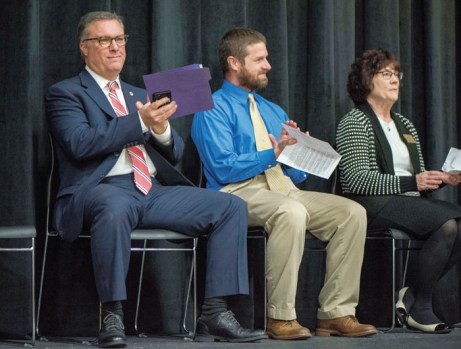 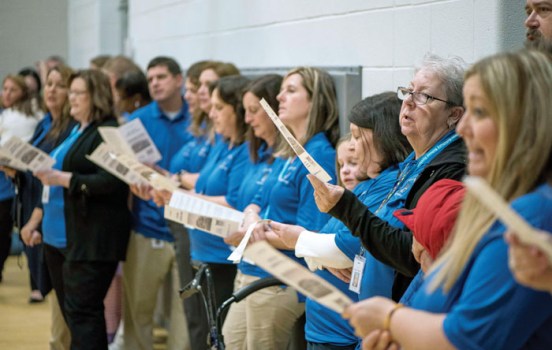 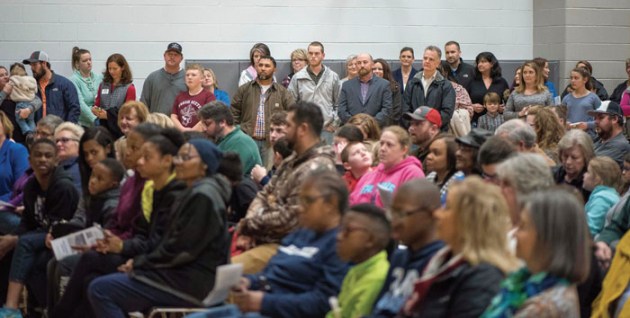 Hundreds were on hand for the dedication and tour of the new West Rowan Elementary School on Friday. Jon C. Lakey/Salisbury Post 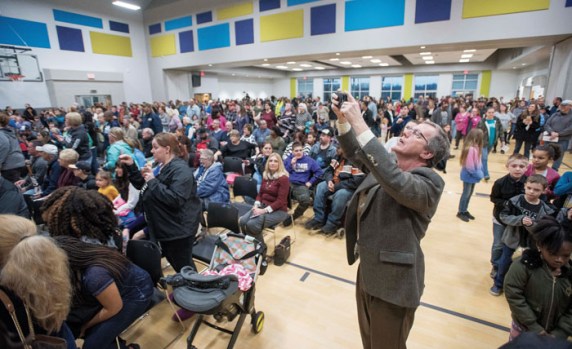 Thomas Hughes takes a photo of the crowd assembling for the ribbon-cutting. Hughes, from Raleigh-based sfl+a Architects, was the architect who started working on the new school over three years ago. Jon C. Lakey/Salisbury Post 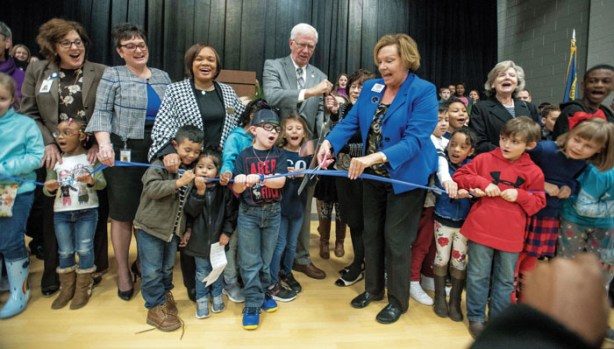 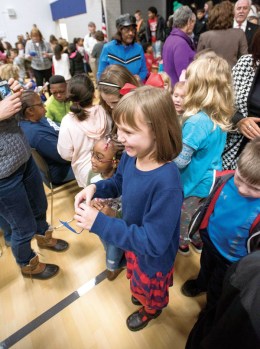 Third-grader Claire Nance is all smiles after receiving a small piece of the ceremonial ribbon that was cut for the school dedication. Jon C. Lakey/Salisbury Post 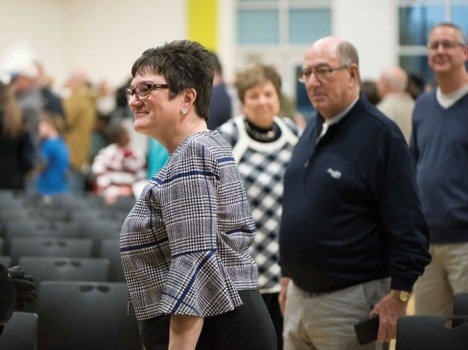 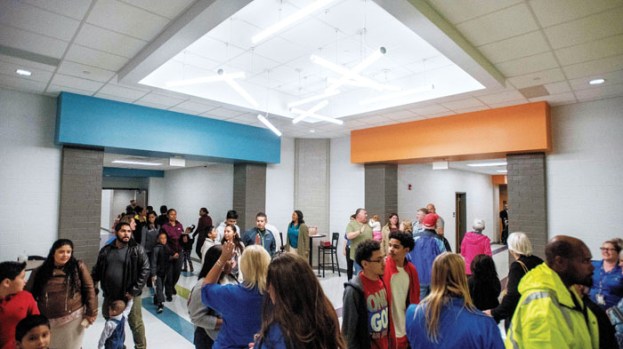 Parents and students move through the new school checking out the classrooms. Jon C. Lakey/Salisbury Post 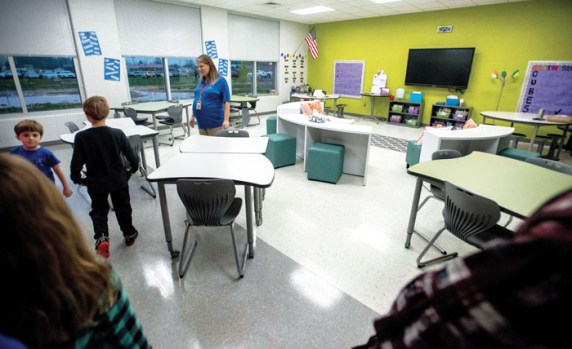 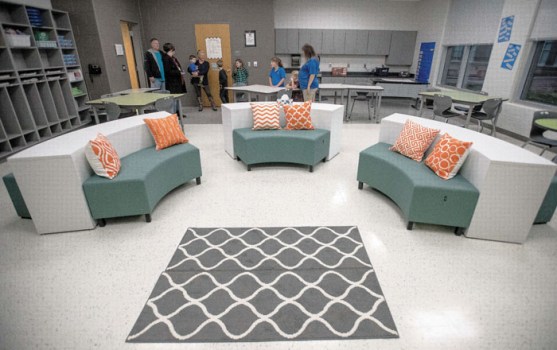 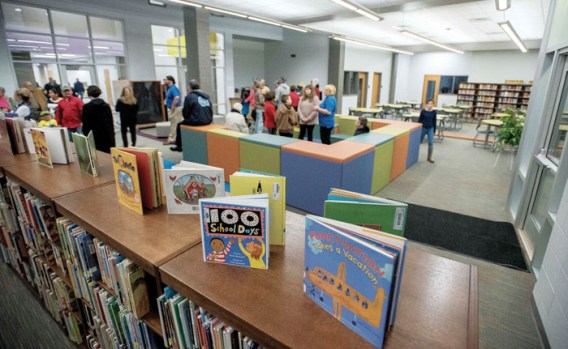 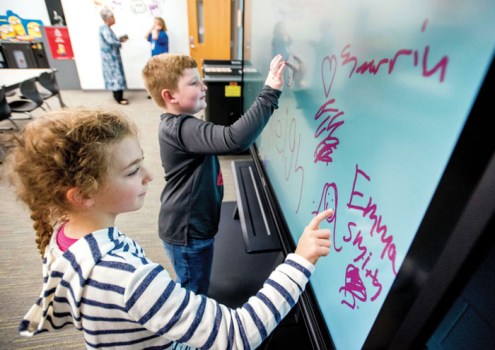 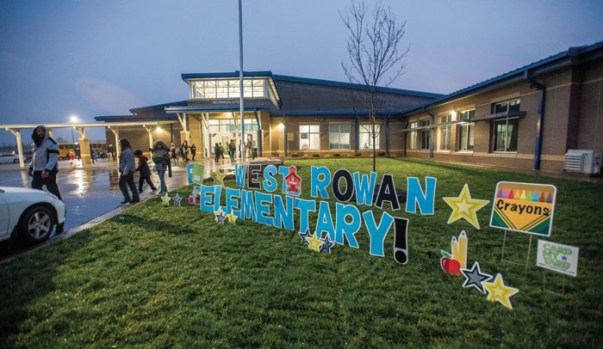 Hundreds were on hand for the dedication and tour of the new West Rowan Elementary School in Cleveland on Friday afternoon. Jon C. Lakey/SalisburyPost

CLEVELAND — A hum of excitement could be heard from room to room Friday as students, families and community residents navigated the halls of the new West Rowan Elementary School.

The meandering crowd had just left a ceremonial ribbon-cutting and dedication service in the new combined cafeteria and gymnasium. Now it was time to get acclimated.

“Look at all this space,” some said. Others: “Look at this furniture!” “Look at your new view!”

But the brightest eyes and widest smiles were not because of the surroundings, the technology upgrades or the expanded space. The greatest elation came as Cleveland and Woodleaf Elementary students discovered the little things in their new classrooms, the recognizable pieces that had made the journey from their previous schools, said Rowan-Salisbury Schools Superintendent Lynn Moody.

They were name tags on desks, recognizable posters, and favorite decorations.

“That makes it feel like home to them,” said Moody.

Home is where West Rowan staff and students will be Monday as they start the year in the newly consolidated school.

Many at Friday’s ribbon-cutting voiced anticipation for the new beginning. Lori Swink, a Woodleaf resident with her second-grade son, Garrin, said the new facility is different and exciting.

“It’s got better technology,” she said. “It’s fresher and brighter.”

Others praised the single-story layout. Bryson Ellis and Takiera Stockton-Myers, third- and fourth-graders from Cleveland, said they are looking forward to days that don’t involve treks up and down the stairs.

Of course, with all things new comes trepidation. Sherry Dunlap, a relative of Bryson and Takiera and a former Cleveland Elementary student, worried about the old building’s future.

“I just hope they don’t tear it down,” Dunlap said, recalling fond memories of the space. The steps were treasured in her time, she said, “because when you went upstairs that meant you were with the big kids.”

Still others lamented the break in familiarity, and the new — and for some — longer commute.

“The school is huge. It’s nice,” Benfield said. “But it’s a farther drive for me, so I just don’t know if I’m too thrilled about that.”

Greg Edds, chairman of the Rowan County Board of Commissioners, said Friday’s opening was about far more than the building itself.

“When heating and air is correct, the natural lighting is correct and students have the opportunity to go to school in a building that’s a clean environment, it dramatically affects their academic performance and their ability to engage,” she said.

“Roofs don’t last. Bathroom facilities have to be changed. As Woodleaf has encountered, the wells were giving out,” Greene said. “If people would come to see this facility from other parts of the community, I think that they would be much more appreciative of what the Board of Education is trying to do by talking consolidation.”