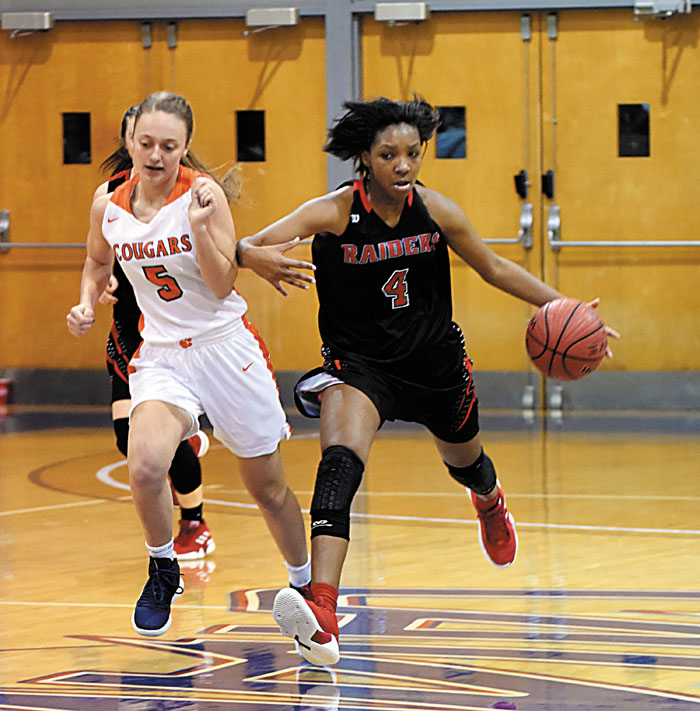 LANDIS — It wasn’t easy to see this one coming.

Lexington (8-4, 3-4) has four very good players and was coming off a huge win against Ledford 24 hours earlier.

South’s two most recent outings before Friday were in the Dale’s Sporting Goods Sam Moir Christmas Classic. Downs became South’s all-time leading scorer in that event, but the Raiders were blown out in the semifinals by Carson and wiped out again in a third-place consolation game by West Rowan.

“What happened in the Christmas tournament is that we lack experience and we ran into some teams that are experienced,” South’s first-year coach Stacy Ellis said. “We panicked when teams played good defense on us and we didn’t play well at all.”

The thing about South is that, with the exception of the West Davidson game at home, the Raiders have come to play in every league game. South (6-5, 5-1) owns victories over contenders East Davidson, North Davidson and Ledford. South still is the only team to beat East Davidson, which won against Salisbury on Friday.

“I know we’ve been a Jekyll and Hyde team, but I do feel like we’re growing in a lot of ways,” Ellis said. “Lele Littlejohn played with more calmness and confidence tonight. Lauren Shell was in there boxing out and banging. We still haven’t hit our stride yet, but we’re getting closer.”

Mikenzie Harvin scored 17 for Lexington, while Danasia Bray had 16.

“Harvin is really good and she was getting by our defenders early in the game and Janiya got a couple of fouls,” Ellis said. “We had to adjust. We played a lot of 2-3 zone and forced her to take more jump shots.”

While Downs, a Catawba signee who had 17 rebounds, four assists and four steals, was amazing, her monster night  — three points short of Avery Locklear’s school record 43 in 2013 — wouldn’t have happened without Madison McGuire. The junior guard had a career high of her own with 21 points. She hit six 3-pointers.  Down’s previous high was 38. McGuire’s previous best was 16.

McGuire had only three points against Carson and none against West Rowan, so it was a huge comeback for her.

It was the first time South has topped 70 points this season.

“Madison making all those shots opened up the floor for Janiya,” Ellis said. “They caught a groove, and our team had a very good night.”