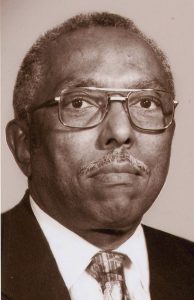 The first and second contributors are admission and administration. In the Body of Christ, when management is human spirit, and not Holy Spirit directed, apostasy is inevitable.
The third is really one of the extensions of the second.
The use of secular schemes in the sacred realm is an affront, insult and desecration to the sacred. Using worldly schemes to finance sacred needs is one of the many contributors to apostasy, and a lack of respect or reverence for the will and word of God, the sanctuary and adjoining areas.
All four Gospels portray Jesus using a rope as a chastening rod, driving out those religious folk who sold and exchanged money in one of the adjoining courts of the temple, saying, ‘You will not make this sacred place a secular place of merchandise, and a den of thieves.” (Matt. 21:12-13; Mark 11:15-18; Luke 19:45-47; John 2:13-16)
When pastors and congregations observe something in another church or hear of something in the association, convention or conference that impresses them, they become copy-cats without searching the Scriptures for validation and authority, justifying their copying by saying “We are a modern church in a modern society. The scriptural directives were given to and for an ancient people.”
They forget or do not know that man can never become as modern as the God who knows all things from the beginning to the end and never changes (“For I am the Lord, I change not.” Mal. 6:3) The directives that He gave in the beginning are the same that we will be judged by in the end.
When Jesus said in Matt. 7:14 “Because straight is the gate and narrow is the way which leadeth unto life, and few there be that find it,” He was saying that the few would be the True Church that would be the inheritors of eternal life, go to paradise when they die, or be raptured when He comes in the clouds and calls His church to meet him.
The untrue church which have rejected His directives because of personal desire, opinions or copying will not be raptured but will enter the Great Tribulation period with Israel (2 Thess. 2:10-12; 2 Peter 2:17-21; Jude 11-15; Rev. 3:14-16).
Joe T. Odle’s understanding of God’s Plan for Church Financing is the understanding of every True Church. God works by plans — He had a plan when He made the universe; he had a plan when He created man, and he had a plan for the human family on the earth. He had a plan of salvation and a plan for the work of His church. He had a plan also for the financing of the great program that He gave his church to do.
God did not plan for his people to use worldly schemes to raise money for the spread of His message. God nowhere says that His churches are to have sales, raffles or bazaars to raise money for their work. He did not intend for them to become beggars, going out into the world asking for means to carry on. Such schemes and plans are a shame and a disgrace to the church and certainly can never be pleasing to the Lord.
God gives only one plan for church finance in the Bible and that is tithes and offerings from his people. The tithe is the tenth, meaning that God’s people are to bring a tenth of their incomes to the Lord and his work. Offerings are the amounts given above the tenth. This is the plan that God teaches all through His Word, and it is the one and only Scriptural plan of church finance.
They key verse of New Testament church finance is found in 1 Cor. 9:13-14: “Do ye not know that they which minister about holy things live of the things of the temple? And they which wait at the altar are partakers with the altar? Even so the Lord ordained that they which preach the gospel should live of the gospel.” Verse 13 refers to Numbers 18:21-28, which tells how the temple worship and the priests and Levites were supported by the tithes and offering of the people who were commanded to bring their tithes and offerings to be used to support the Lord’s work.
Paul’s next words are “Even so.” These have the meaning “in the same way.” Paul was saying that the work of the church is to be supported in the same way the temple worship was supported; that is, by the tithes and offerings of the people. Even as all the people in that day were to bring their tithes and offerings unto the Lord, so are we to do today.
Here then is God’s plan for financing the Christian Church. We are not interested in man-made plans. We believe in God’s plan in and for everything and we believe that every member of the Lord’s church should be a tither, bringing to the Lord a tenth of their income. If we love Him, we will keep His commandments.
This plan of finance would meet all of the financial needs of the work of the church, which is very different from “church work,” which most engage in.
Great advances could be made in evangelism, discipleship, ministry, fellowship and worship. Adequate facilities, missions, Christian education and every area of the work of the church would have the needed financial support. The personal blessings to the members for faithfulness as stewards of the Lord would be immeasurable.