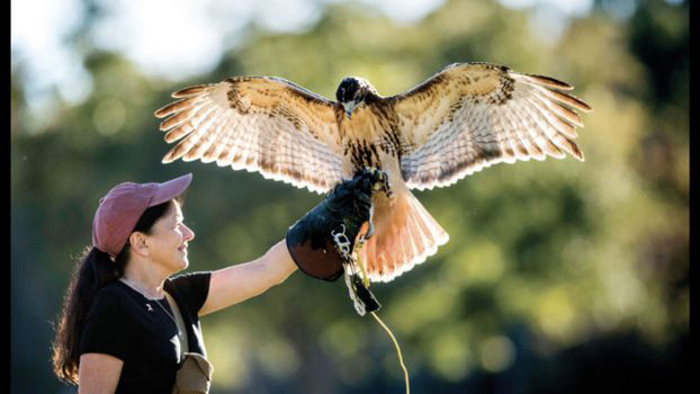 SALISBURY — The winter issue of  Salisbury the Magazine, a publication of the Salisbury Post, reached subscribers in December and has now been distributed to locations throughout Rowan County.

Copies of this issue — and past issues — also are available at the circulation desk in the Post lobby, 131 W. Innes St.

The winter issue features a photo of falconer Cindy Bernhardt and her red-tailed hawk, Belle, on the cover. With numerous images by photography Jon Lakey, a story about Bernhardt and hunting with Belle is one of the main articles.

Also featured is a story and photos on J.F. Hurley Family YMCA in Salisbury, whose wide-ranging membership, facilities and programs are the envy of many other cities of Salisbury’s size and larger.

Susan Shinn Turner and Lakey tell the powerful story behind Drs. Ranjan and Sam Roy, physician brothers whose practices in Salisbury have prospered through their attention to patients and family.

Liz Moomey and Lakey provide a feature about longtime educator Don Knox, who is heavily involved in woodworking and, more specifically, the intricacies of intarsia. Deirdre Parker Smith checks in with Matt Trexler, who uses his big at-home kitchen to create ready-to-eat dinners for people on the go.

The featured home in this issue belongs to Don and Cindy Hesprich, who have lovingly restored and decorated their 1903 Queen Anne-style house on South Fulton Street.

Adele Goodman, a fixture in the Corriher Grange community, is the fascinating person tabbed as this issue’s Rowan Original. Zelia Frick provided the Through the Lens photo, and Andy Mooney’s pen-and-ink drawing from the East Bank Street railroad bridge stands as the artwork for Salisbury’s the Place.

Smith has three winter reading recommendations in Bookish. The calendar offers activities to check out in January and February.