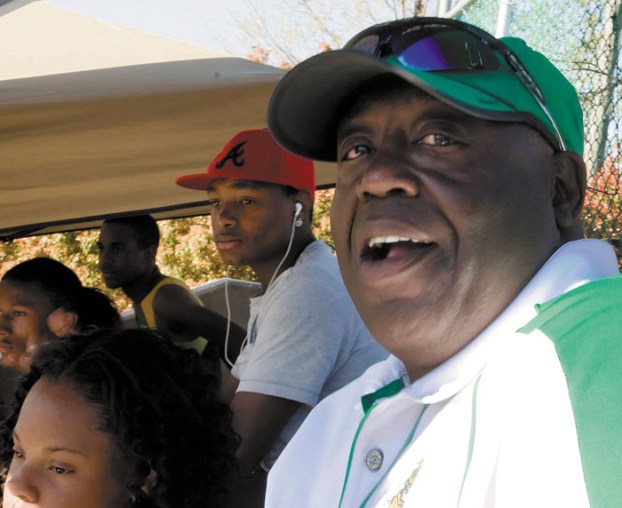 High school track: Steele, Yeldell will be inducted into new Hall of Fame 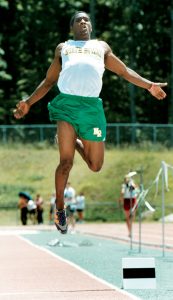 JON C. LAKEY FILE PHOTO/Salisbury Post…
In a file photo from May 14, 1998, North Rowan’s Greg Yeldell participates in the long jump at the 2A state track championships. Yeldell has been selected for induction into a new N.C. Hall of Fame.

Staff report
WINSTON-SALEM — Two Rowan County natives are part of the 10-person inaugural class of inductees for the North Carolina High School Track and Field and Cross Country Hall of Fame.
East Rowan and Livingstone College graduate Robert Steele, who became a legendary track and field coach at North Rowan, and North Rowan jumper Greg Yeldell were elected by a committee chaired by Brett Honeycutt, the president and founder of the new hall.
The permanent home for the Hall of Fame will be the JDL Fast Track in Winston-Salem.
Induction ceremonies will be on Jan. 26  during the Mondo Elite High School Invitational at the JDL Fast Track. Steele and Yeldell, who now lives in Texas, will be in attendance.
•••
Steele is a four-time national high school track and field coach of the year and led North Rowan to 15 state titles (11 boys, 4 girls).
He was named as one of the 100 Coaches to Remember during the NCHSAA’s centennial ceremonies in 2013.
He coached five 50-foot  triple jumpers, all ranked in the top 25 on the North Carolina all-time list. He coached three 50-foot jumpers in one season and is the only coach in national high school history to do that.
Steele is a member of the NCHSAA Hall of Fame, Livingstone College Sports Hall of Fame and the Salisbury-Rowan Sports Hall of Fame.
Steele began his track and field coaching career at Webb High in Oxford (1977-86), where his teams won six conference titles before he came to North Rowan.
•••
Yeldell, who also starred in football at North Rowan, was a national record-holder in the triple jump and still has the second-best all-time high school jump at 53 feet, 11.75 inches.
He was the 1998 Track & Field News National High School Athlete of the Year and was a two-time North Carolina Gatorade Track & Field Athlete of the Year (1997, 1998).
Yeldell was  a World Junior bronze medalist in the triple jump.
He won national indoor and outdoor triple jump titles, as well as 11 state track and field individual titles (indoor and outdoor).
He was MVP of the 1998 all-class indoor state meet, winning three  events and helping North Rowan  take the team title.
He won four individual state indoor titles, two in the triple jump and one each in the long jump and high jump.
He won seven state outdoor titles, four in the triple jump and three in the long jump. He helped North win state titles in 1995, 1996, 1997 and 1998.
You Might Like