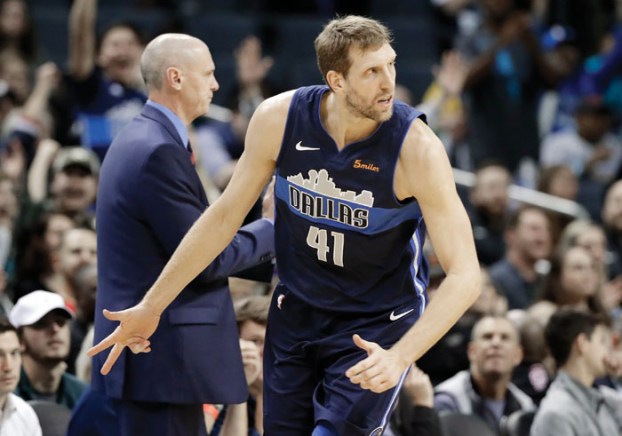 Hornets lay another egg at home 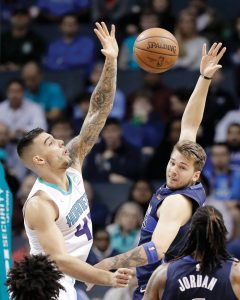 “We were certainly due,” Dallas coach Rick Carlisle said. “But these things don’t just happen. You have to make them happen. Guys were ready to play tonight. You could sense it in the locker room beforehand.”

Doncic and Smith each had 18 points, and Harrison Barnes added 17. The Mavericks hit 10 first-quarter 3-pointers — three from Doncic and two from Smith — and finished with 18 overall.

“Dennis Smith Jr. was aggressive, he was hitting hit long-range shots, he was penetrating and finding people and defensively he worked hard to make it difficult on Kemba Walker,” Carlisle said.

Dallas won on the road for the first time since Nov. 28. It entered the game with a NBA-worst 2-16 road record, compared to 15-3 at home.

Dallas continues a four-game trip with games at Boston on Friday and at Philadelphia on Saturday.

The Mavericks led 42-26 after the first quarter, and Charlotte got no closer than 18 the rest of the game. Dallas led by at least 20 points for the final 26 1/2 minutes.

Dwight Powell scored 15 points, Wesley Matthews had 11, and DeAndre Jordan had eight points and 13 rebounds. Doncic added 10 rebounds and Smith seven assists, and the Mavericks didn’t use any of their starters for more than 29 minutes in the game.

“I think we shot the ball well,” said Powell, who played 24 minutes off the bench. “But we also got some stops. That gave us a good cushion.”

Charlotte was led by Walker’s 11 points. Walker made 4 of 14 shots and missed all five of his 3-point tries in 27 minutes. He was pulled with 3:15 left in the third quarter and didn’t return.

“That was a pretty good butt-whooping right there,” Walker said. “They just came in and outplayed us from the very beginning.”

“We started to hang our heads a little bit,” Borrego said. ”

Mavericks: Fayetteville native Smith played one year at N.C. State and bought 25 tickets for Wednesday’s game. He had many other friends and family in attendance in his lone trip to his home state. He was one of three Mavericks with local ties; Barnes played at North Carolina, and 11th-year Dallas assistant coach Darrell Armstrong is a Gastonia native who played at Fayetteville State.

Hornets: They started only their fourth different lineup of the season Wednesday after Jeremy Lamb (right hamstring) and Cody Zeller (broken right hand) were injured in Monday’s 125-100 home win over Orlando. Walker and Devonte Graham opened at guard, Nic Batum and Marvin Williams at forward and Willy Hernangomez at center. Graham, a 2018 second-round pick out of Kansas, made his first career start.

Philadelphia back in familiar role as playoff underdogs

By Rob Maaddi AP Pro Football Writer PHILADELPHIA (AP) — The Philadelphia Eagles are back in a familiar role with... read more