Salisbury man wanted in December home invasion turns himself in 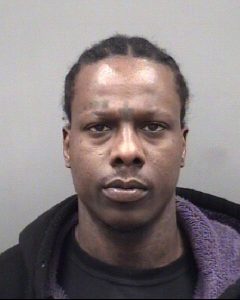 SALISBURY — A Salisbury man who was wanted in connection with a Dec. 21 home invasion turned himself in to authorities Monday.

The Salisbury Police Department charged Raylin LaShawn Woodruff, 27, of the 400 block of Harris Road, with felony robbery with a dangerous weapon.

The victim told police a man forced his way into his East Cemetery Street home at gunpoint and took property from his pockets and money from his wallet. The robbery occurred about 9:45 p.m.

Woodruff was identified as a suspect through a description. Police had captured images of Woodruff earlier the same day on an officer’s body camera when he was detained during a traffic stop.

Woodruff remains in the Rowan County Detention Center under a $25,000 secured bond. He is expected in court for a first-appearance hearing Thursday.

The new year doesn’t look much different than the old one, but we do have a chance of sunshine by... read more