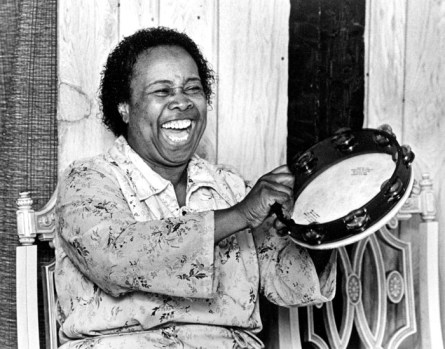 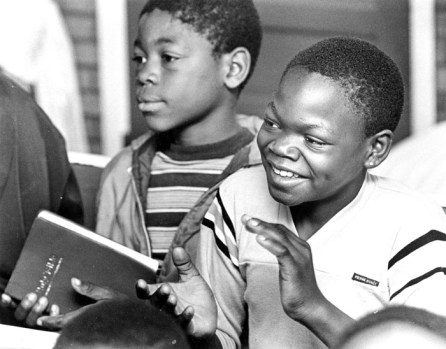 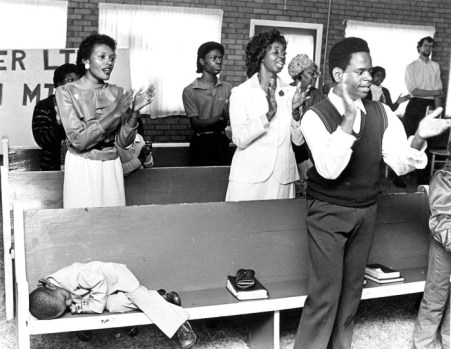 A youngster naps on a pew as listeners sing along at Deeper Life Mission in April 1984. James Barringer/Salisbury Post file photo 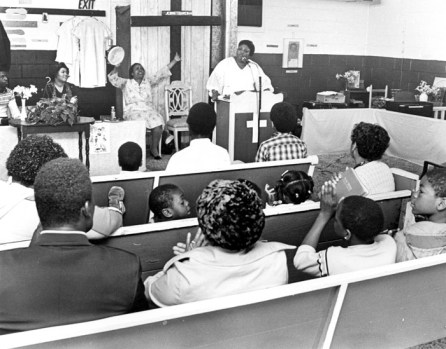 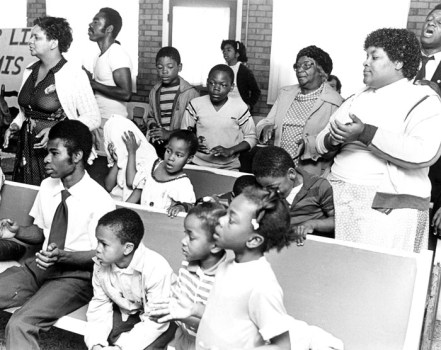 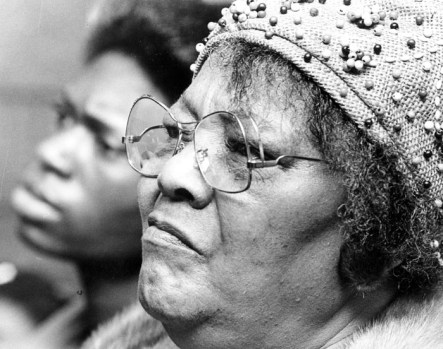 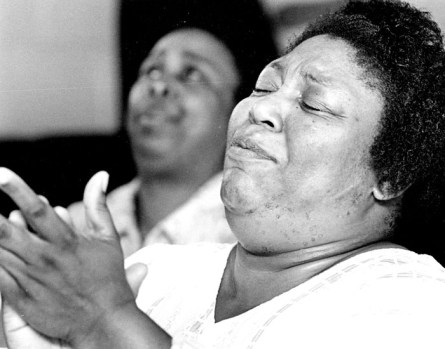 The photographs accompanying this story were taken by James Barringer (1939-2014), who took his first picture for the Salisbury Post in 1961 and retired in 2005.

Aside from being the best at his craft — over the decades, he won many press association awards — I remember him as being a sweet, shy and curious man, often wearing a bemused smile, yet completely unstoppable with a camera when called to duty.

I worked as a reporter for the Post for two years in the 1980s — my first “real job” — during which time it was always a pleasure having him along on an assignment because at least the photos would be fantastic. Back then, I was in my mid-20s and James was in his 40s. I suspect he got a kick out of accompanying this Yankee to an African-American revival.

My article about Sister Mary Fowler and the Deeper Life Mission ran on Sunday, April 1, 1984. I recently came across the photos while going through an old box of clippings and asked Editor Elizabeth Cook if the Post would be interested in sharing them again, some 35 years later, with its readers.

The headline blared, “God Removed Woman’s Shoes, Gave Her Faith.” Four years previously, Fowler, 42, said that God had told her to take off her coat and shoes and that she had never put them on again.

“The Lord saw fit to pick this lady up and work miracles in her life,” said the Lancaster, South Carolina, native and minister of Emmanuel Tabernacle in Charlotte.

Before then, she spent a whole year praying constantly, even in the laundromat, fasting for four days and four nights every week.

For the first three years, she wore a sack cloth. After that, she wore a blouse and a plain, long white skirt. But she still went without shoes even when it was raining or snowing.

“Walking in the snow is like walking on cotton,” she told me, adding that her feet are just as tender as before. If she stepped on glass, she either brushed it off or picked it out of her feet.

But, she added, you don’t have to go barefoot or take your coat off to serve the Lord, “because that’s my job. That’s what he made me for.”

Fowler, who was in Salisbury for a revival at the mission formerly on South Boundary Street, said she used to drink and party. Her husband was abusive, but she called on God and he answered.

“He made a change in my life,” she said. “I found peace in the midst of a storm, a joy that surpasses all understanding.”

Miraculously, her husband came back to her “and he looked like an angel to me. He said, ‘Mama, I’m ready to come home.’ I said, ‘You’re already home.’ He didn’t change, but I changed.”

Sometimes people came up to her and told her she’s crazy, a fool, “but I tell them, ‘You don’t know it like I know it.’”

Peter Zimmerman is a former reporter for the Salisbury Post. Zimmerman lives in New York and recently finished a book of interviews with older jazz musicians, “The Jazz Masters: Setting the Record Straight,” to be published later this year. Contact him at podunkpete@gmail.com.