Advice for keeping fitness resolutions: Set reasonable goals, get started and stick to it 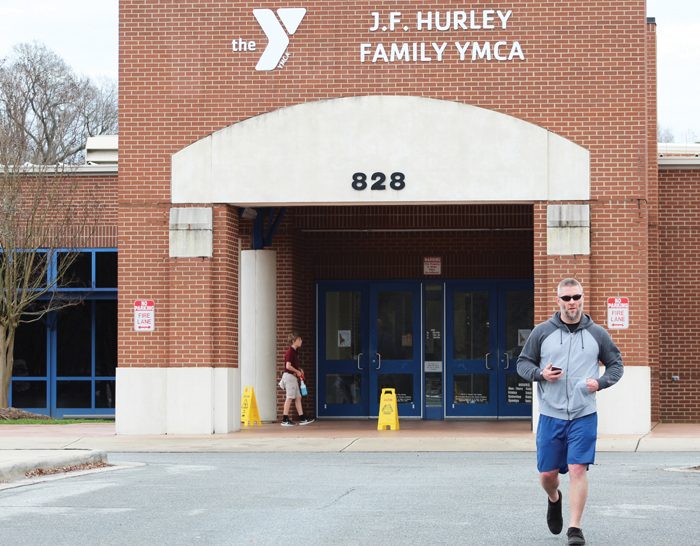 But resolutions to lose weight, get in shape or stay healthy are as hard to keep as they are popular to make. Worthwhile though they may be, many people find themselves falling off the bandwagon a couple of months – or weeks – into the new year.

So how can you stick to your guns and finish the race in 2019? Local fitness experts and instructors, as well as those who make resolutions, have a few words of advice.

David Freeze, an athlete and fitness expert, said he always tells people to make specific goals. For example, Freeze said he sees a lot of people who say they want to start cycling. But in order to do that, they have to buy a bike and then figure out where they prefer to cycle – roadways, greenways or trails?

Freeze tells people to go to the gym and start on a stationary bike. Exercise bikes aren’t weight bearing and allow people to get a good feel for how far and fast they can go and what type of terrain they like.

“If they do OK with it in the gym, then they move outside,” he said.

Richard Reinholz, executive director of the J.F. Hurley Family YMCA, said he encourages people to “make smart goals.” Resolutions should be something realistic that can be accomplished in a specific period of time.

For example, you shouldn’t make a resolution to lose 30 pounds in three weeks.

“Those are unrealistic goals,” Reinholz said.

At the YMCA and other fitness centers, members can work with a fitness expert or personal trainer who can help them come up with attainable goals.

Another good piece of advice is to find something you enjoy doing.

“Work on the things that you like to do, that are fun for you,” Reinholz said.

The goal of many resolutions isn’t to lose a specific amount of weight but instead to be healthier or to get in shape. Those are long-term goals, Reinholz said, and involve behavior modification. So it’s important to do something you like — be that water aerobics, exercise classes or forgoing a gym altogether and walking outside.

“Instead of something too big that (clients) have a hard time conquering, I like to see them choose an activity that is enjoyable for them and commit to that activity,” he said. “If they do that, then that resolution starts taking care of itself.”

When it comes to weight loss, another popular resolution, Freeze cautioned people to beware of “gimmicks.”

“The simple fact is is that it’s calories in versus calories out,” he said of losing weight.

He suggested people start tracking the calories in their food and compare that to what they burn during exercise. According to Freeze, balancing that number is the key to success.

“If you eat more than what you exercise, then you’re going to continue to gain weight,” he said.

Local residents also had some advice.

Nelson Wilson paused on his way out of the gym to offer a few words. While Wilson doesn’t make resolutions, he does have some advice for those who do.

Danny and Kristin Roof decided to work toward a healthier lifestyle in 2019. When asked about their resolutions, Danny smiled.

The couple, along with young daughter Cassie, are serious about their new commitment. Kristin has drawn up a schedule of days and times to head to the gym as well as a meal plan.

Danny had some advice for others: don’t rush.

Bob and Jeanne DiMarzio decided to pick up a new skill for their resolution — free weights. They try to stay active, but Bob is also trying to lose weight, he said.

Their advice to others, and themselves, is simple.

“Find something you enjoy,” Jeanne said.

For those who are hesitant about jumping into a resolution, Bob had a few words.

Freeze agreed. A lot of people, he said, put off starting a fitness routine or want to wait until the beginning of the year. But there’s no time like the present.

“Don’t keep putting off starting,” Freeze said. “… There’s a whole lot (of people) who decide, ‘Well, I’ll go next week.’ Pretty soon there’s another week gone by, another month gone by. I would say the most important step is the step out the door to get started.”