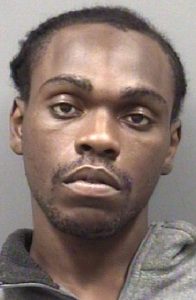 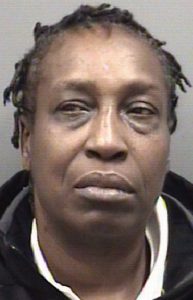 Investigators said he had help in this robbery and have charged a 54-year-old woman.

Salisbury police also charged Angela Michiko Brockington with felony robbery with a dangerous weapon and on an outstanding warrant for failure to appear in court. She remains in jail under a $75,500 secured bond.

Investigators said the pair went into the Speedway store at 3410 S. Main St. about 2 a.m. Sunday and took cash and cigarettes. Brockington held the store clerk at gunpoint, a report said. She and Jones got into a vehicle that was reported stolen from Connecticut. Police arrested the two a short time later outside a residence in the 200 block of South Clay Street.

Jones was inside the vehicle and Brockington was arrested after she walked outside.

Brockington has a number of previous misdemeanor convictions including soliciting crimes against nature, soliciting prostitution, numerous driving infractions as well as felony larceny by employee and larceny from a person.

Officials said Jones took merchandise nearly two weeks ago and, on his way out the door, sprayed mace at an Old Navy employee. On Dec. 17, he walked into the Pop Shoppe, 1831 W. Innes St., about 2 a.m. and demanded money, police reported. He was given some cash.

Police said Jones acted alone in the other incidents.

Jones has multiple previous convictions, including larceny, obtaining property by false pretenses, possession of drug paraphernalia, assault, breaking and entering, and aiding and abetting larceny of a motor vehicle.

According to police detectives, charges may be forthcoming for others involved. The investigation continues.

By Shavonne Walker shavonne.walker@salisburypost.com SALISBURY — In 2017, Rowan County ranked in the top five among North Carolina counties with... read more