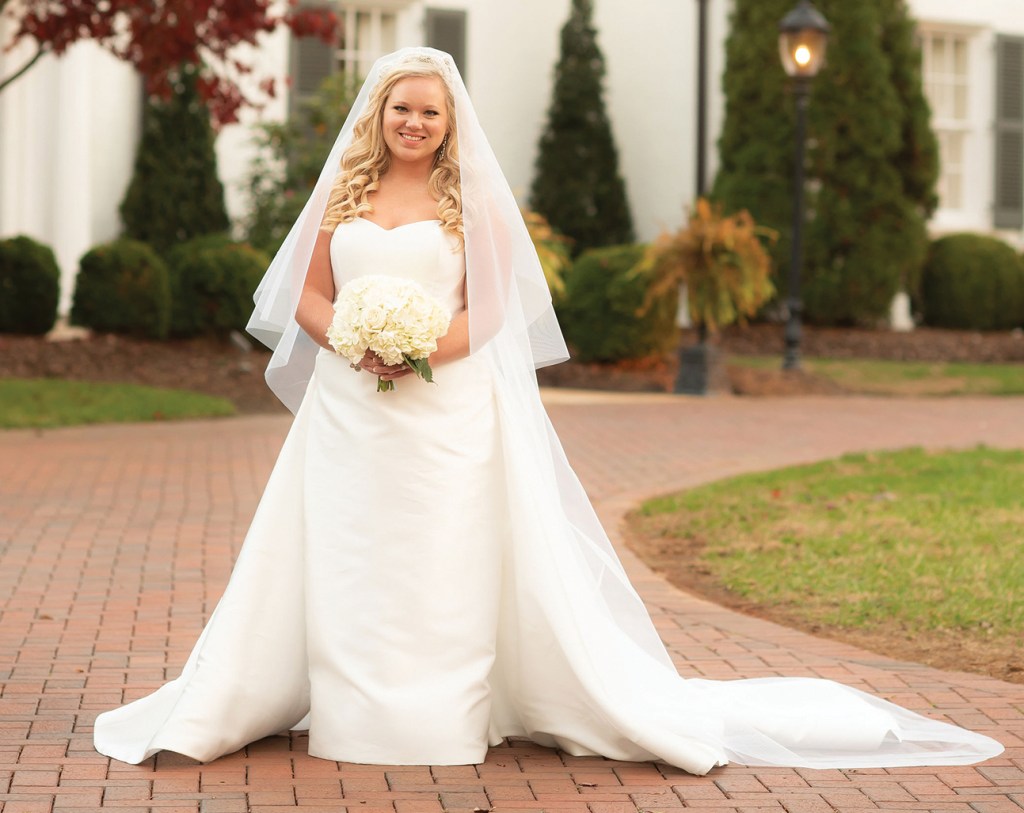 Grace Olivia Stokes, daughter of Mr. and Mrs. Glenn Stokes and Nathaniel Curtis Fulbright, son of Michelle Fulbright and the late Glenn Fulbright were married on Saturday, Nov. 17, 2018 at St. John’s Lutheran Church, Salisbury, followed by a reception at Boxwood Estate in Mocksville.

Given in marriage by her father, the bride wore a custom Anne Barge gown and her mother’s veil. She was attended by her sister-in-law Emily Stokes of Concord, as matron of honor and her cousin, Allison Maynard of Clover, S.C. as her maid of honor. Bridesmaids were Taylor McCulloh of Salisbury, Kayla James of Winston- Salem, Annika Wood of Elkin, and Taylor Garris of Pageland, S.C.

The best man was Herc Ingels of Raleigh. William Stokes, brother of the bride, of Concord, Scott Woodard of Kannapolis, Justin Evans of Salisbury, Ross Hoffner of Mocksville, and Logan Jones of Raleigh served as groomsmen.

The bride is finishing her last semester at the University of North Carolina at Charlotte working toward a bachelor’s degree in Heath Systems Management. The groom is a Guilford College graduate and is a manager within the scientific division at Imperial Brown.

Following a cruise to the Virgin Islands, the couple are making their home in Faith.