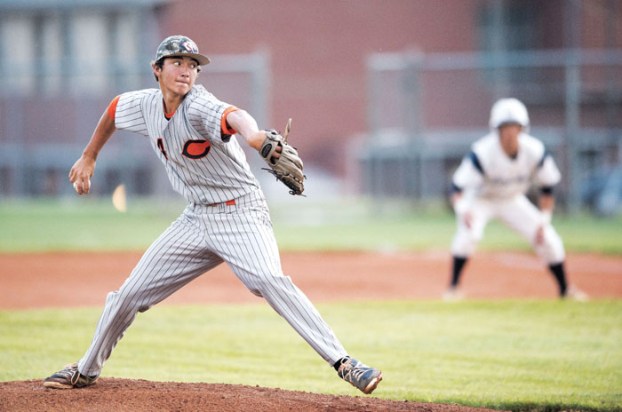 Who would play you in a movie? “I’ll go with the Rock.”

What would you want for your last meal? Mom’s baked spaghetti

Your biggest personal hope for 2019? “Just breaking onto a full-season team, hopefully.”

Who will you be watching in 2019? White says he’ll be watching the fellow members of his draft class closely — “the guys I have grown with over the summer, the guys I see every day and go out and battle with every day.”

What’s your reaction to being named as one of the “10 to Watch”? ” I definitely didn’t expect it, I’ll put it that way. It’s definitely a blessing. I’m glad to be here, and I can’t wait to prove to everybody they can believe in me.”

As Gatorade’s N.C. Player of the Year in baseball, White was chosen 55th in the 2018 Major League Baseball draft by the Texas Rangers, who gave him a $1.5 million bonus to sign.

So White and others probably expected him to head off for a low-classification minor league team, pitch on a regular basis and start the long road to the majors. But the Rangers introduced White and their other top pitching prospects to another approach.

White spent the summer and fall in Surprise, Arizona, hardly pitching at all. Texas wanted its pitching class to focus more on lifting weights, learning about nutrition and becoming immersed in the pitching craft.

White attended cooking classes and Spanish classes. He learned how to chart pitches during a game. He met with coaches and other pitchers every morning going over the previous day’s game, what had worked for a pitcher in a particular situation and what hadn’t.

Though he had a specific, but limited, throwing program, White was talking every day about baseball and pitching, giving his much-used arm a good rest.

“I believe this is the way things are going to go now,” White says of Texas’ approach to young pitchers. “It’s been a blessing in disguise.”

White definitely will see more time on the mound and in game action this coming year. He reports to spring training in Surprise on Feb. 1, and White is guessing he will stay for extended spring training before reporting to a short-season or full-season minor league team in the Texas organization.

As you might expect, things are in full music mode these days for Kameron Marlowe. “We’ve still got stuff coming... read more