Quotes of the Week: ‘Telling you amazing things’ 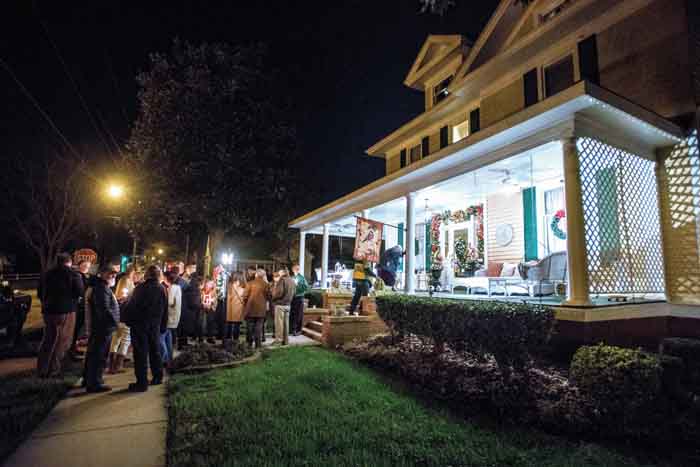 Family, neighbors and friends of Tommy Stoner gathered in front of his home in Spencer for a candlelight vigil in his memory. Jon C. Lakey/Salisbury Post

“He could spin a yarn the size of Montana. He could spend hours telling you amazing things.”

Laura Redd, on her neighbor, Tommy  Stoner, a longtime community advocate and local history enthusiast from Spencer who died last Friday at the age of 71

“She’s just been surrounded by family and friends who have kept her happy. She’s 11 today. It’s her day. It’s all about her.”

Dixie Dalton, on her granddaughter,  Kenleigh, who was surprised with gifts on her birthday by Rowan County deputies and Locke Fire Department firefighters a month after her mother, Sonya, died when hit by  a car driven by a woman charged with drunken driving

“It’s like everything has been pointing me to Catawba for a long time. I’m not settling for Catawba; I’m excited about Catawba.”

Luke Barringer, a senior at Carson High School who signed last week to play  baseball at Catawba College next year

“Almost in that one moment, they look at you and say, ‘OK, I get it now.’ It’s one of the greatest  privileges of being a principal, to see that moment.”

Kelly Withers of South Rowan  High School, the 2018 Principal of the Year for Rowan-Salisbury Schools, on the  feeling students get when their name
is called at graduation

“I mostly think about what I’d
like to do in the spring. I like to
project ahead. And I think about my friends and family. Thinking about people makes me happy.”

Patsy Reynolds, who recently underwent surgery in her continued treatment for
pancreatic cancer

Lt. Chad Moose of the Rowan County Sheriff’s Office, noting that investigators have moved swiftly to solve pending cases in a year when six murders were recorded in the county, an increase of five over 2017